Simona Halep Powers To Number One And China Open Final

Simona Halep will be officially confirmed World No.1 next week when the latest rankings are released. 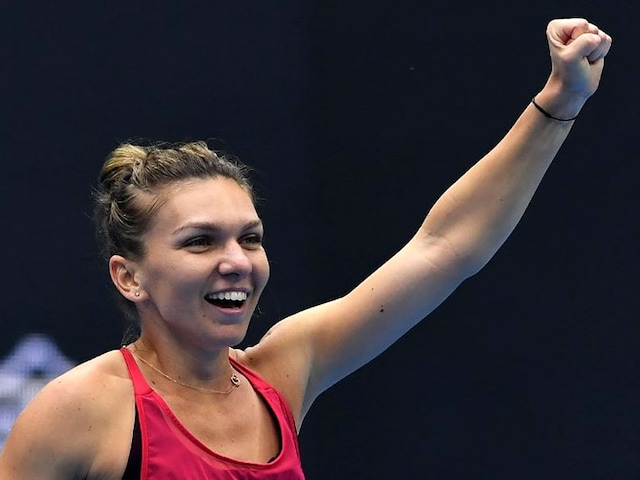 Simona Halep surged to number one in the world for the first time and into the final of the China Open as she beat Latvia's Jelena Ostapenko 6-2, 6-4. The Romanian's ousting of Spaniard Garbine Muguruza at the top of the women's game will be officially confirmed next week when the latest rankings are released. For Halep, who went into the semi-final on Beijing's outdoor hard courts as world number two, victory was revenge after Ostapenko won their duel in the French Open final earlier this year.

The 26-year-old Halep, who is yet to taste Grand Slam success, will face either Caroline Garcia of France or Petra Kvitova of the Czech Republic in Sunday's final in the Chinese capital.

She was always in control against the world number eight Ostapenko and put herself on the way to victory when she broke the talented 20-year-old in the first game of the first set.

Halep, the latest player to take the hot seat at the top of the women's game this year with Serena Williams becoming a mother, saw off former number one Maria Sharapova earlier this week in Beijing.

Comments
Topics mentioned in this article
Simona Halep Garbine Muguruza Tennis
Get the latest Cricket news, check out the India cricket schedule, Cricket live score . Like us on Facebook or follow us on Twitter for more sports updates. You can also download the NDTV Cricket app for Android or iOS.