Maria Sharapova, ranked world number 29, decided to throw in the towel in the second set. 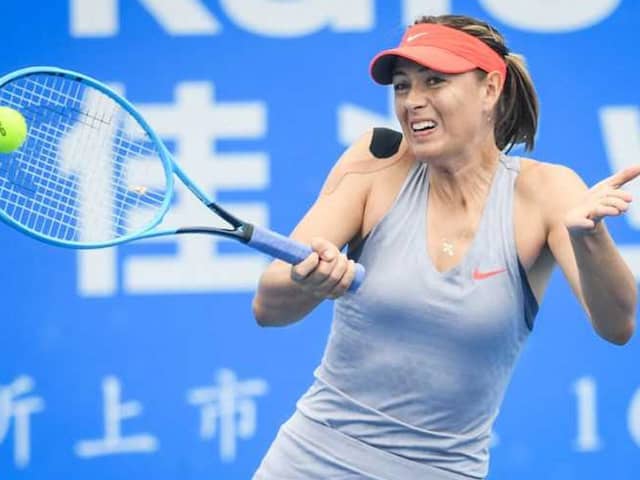 Former world number one Maria Sharapova abandoned her quarter-final tie in the Shenzhen Open on Friday after struggling with a thigh injury.

Just 10 days before the start of the Australian Open, Sharapova received treatment for a painful left thigh after losing the first set 6-1 to top seed Aryna Sabalenka of Belarus.

Sharapova, ranked world number 29, was trailing 4-2 in the second set when she decided to throw in the towel after coach Thomas Hogstedt urged her to consider quitting during an on-court coaching break.

"I think we both played well -- and then she got injured," said Sabalenka. "Hopefully she will get well soon."

Sabalenka, the world number 13, goes on to meet China's Wang Yafan while American Alison Riske faces Russia's Vera Zvonareva in the other semi-final.

Comments
Topics mentioned in this article
Maria Sharapova Tennis
Get the latest Cricket news, check out the India cricket schedule, Cricket live score . Like us on Facebook or follow us on Twitter for more sports updates. You can also download the NDTV Cricket app for Android or iOS.