Serena Williams undergoes treatment for a blood clot in her lung

People magazine has reported that tennis star Serena Williams has undergone surgery for a pulmonary embolism. 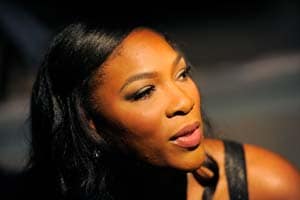 People magazine has reported that tennis star Serena Williams has undergone surgery for a pulmonary embolism.

Spokeswoman Nicole Chabot tells the magazine that the blood clot in Williams' lungs was discovered last week, and that she had "emergency treatment on Monday for a hematoma she suffered as a result" of that treatment.

Williams is being treated at a Los Angeles hospital.

Williams has been sidelined by two operations on her right foot after getting cut by glass at a restaurant, and has not played a competitive match since winning Wimbledon on July 3.

Comments
Topics mentioned in this article
Rohan Bopanna Aisam-Ul-Haq Qureshi Maria Sharapova Andy Roddick Lukas Dlouhy Leander Paes Tennis
Get the latest updates on ICC T20 Worldcup 2022 and CWG 2022 check out the Schedule, Live Score and Medals Tally. Like us on Facebook or follow us on Twitter for more sports updates. You can also download the NDTV Cricket app for Android or iOS.