Serena Williams and Svetlana Kuznetsova are set to resume their 16-year rivalry after being drawn on Saturday to face each other in the first round of next week's Auckland WTA Classic. 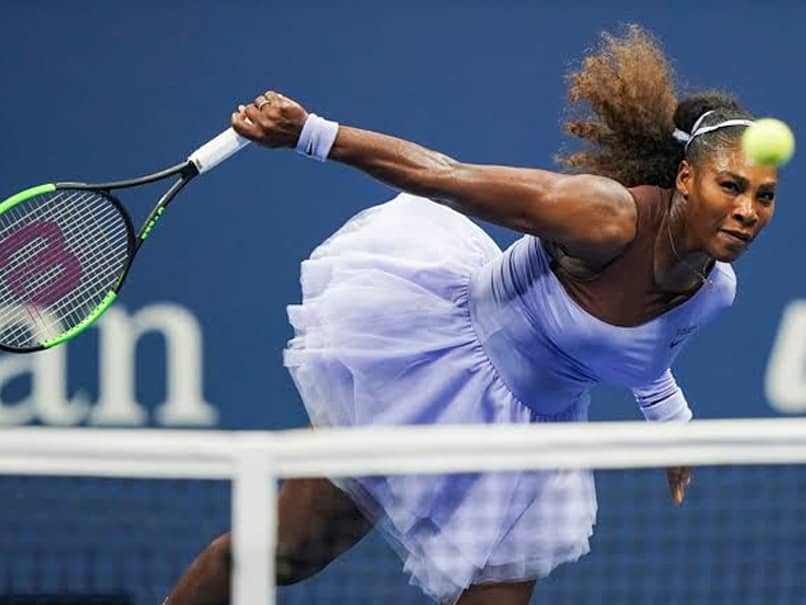 Serena Williams leads Svetlana Kuznetsova 10-3 in their head-to-heads dating back to 2004.© AFP

Multiple Grand Slam winners Serena Williams and Svetlana Kuznetsova are set to resume their 16-year rivalry after being drawn on Saturday to face each other in the first round of next week's Auckland WTA Classic. Tournament top seed Williams, 38, and Kuznetsova, 34, are in a competitive half of the draw in which the veterans are competing against the rising stars of tennis, including American teen sensations Amanda Anisimova and Coco Gauff as well as 22-year-old Latvian Jelena Ostapenko. Williams leads Kuznetsova 10-3 in their head-to-heads dating back to 2004 and has won 23 Grand Slams compared to two for the Russian.

The last time Williams played in Auckland, in 2017, she had problems with the wind and was bundled out in the second round before going on to win the Australian Open a few weeks later.

The 15-year-old Gauff, who hit the headlines with her first round win over Venus Williams at Wimbledon last year, opens against World number 56 and 2019 Auckland semi-finalist Viktoria Kuzmova, while Anisimova has been drawn against Ukraine's Kateryna Kozlova.

Ostapenko, the seventh seed, plays Germany's Laura Siegemund in the first round.

On the other side of the draw, fifth seed Caroline Wozniacki, who will be playing her penultimate tournament before retiring after the Australian Open, faces unheralded New Zealander Paige Hourigan in the first round.

Wozniacki will also team up with Serena Williams in the doubles for the first time.

Comments
Topics mentioned in this article
Serena Williams Svetlana Kuznetsova Tennis
Get the latest updates on IPL 2021, IPL Points Table , IPL Schedule 2021 , live score . Like us on Facebook or follow us on Twitter for more sports updates. You can also download the NDTV Cricket app for Android or iOS.