Coco Gauff became the youngest player to win a WTA event since Czech Nicole Vaidisova, who triumphed in Vancouver and Tashkent two months apart in 2004. 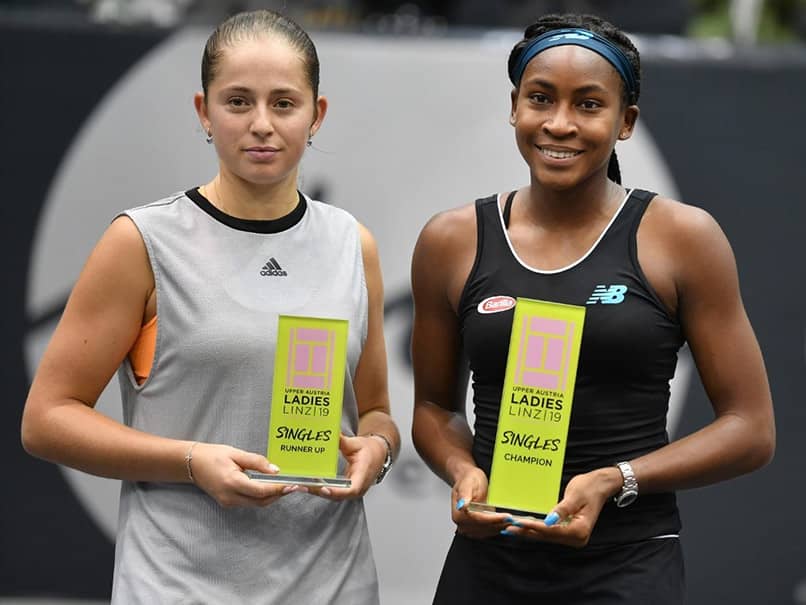 Teenage prodigy Coco Gauff won her first WTA title on Sunday following a 6-3, 1-6, 6-2 win over Jelena Ostapenko in the final in Linz that saw her hold her first trophy aloft aged 15. Gauff, who only entered the field as a lucky loser after failing to qualify, completed a dream week in Linz in front of a supportive crowd to become the youngest player to win a WTA event since Czech Nicole Vaidisova, who triumphed in Vancouver and Tashkent two months apart in 2004. "I'll remember this day for the rest of my life," the delighted Gauff said after receiving a minutes-long standing ovation from 3,000 spectators.

"I had an amazing week and I hope to be back in the future."

Coco Gauff will shoot up from 110 in the rankings into the 80s, according to WTA calculations, after becoming the youngest American to earn a WTA trophy since Jennifer Capriati at Toronto 1991, nearly three decades ago.

The hype surrounding the youngster has grown this year after solid performances this summer at both Wimbledon and the US Open, where she was defeated in the third round by defending champion Noami Osaka, and her displays in Linz have enthralled tennis fans.

Gauff had to make a recovery in the final after sweeping the opening set but losing serve three times in the second as 2017 Roland Garros winner Ostapenko levelled.

But she came alive in the third set, going up two breaks before her opponent managed to save a pair of match points while trailing 5-1.

Ostapenko asserted herself with a break to make the score 5-2 in the third but was unable to extend her fightback, Gauff closing out victory a game later as Hawk-Eye electronic linecalling ruled an Ostapenko return long on the third match point.

"Well done today to Coco," Ostapenko said. "You have a bright future, it was a pleasure to share the court with you today.

"This has been a tough week for me, but I'm so glad to have made it to the final, even if the result was not what I wanted."

With her debut week on the European indoor circuit a roaring success, Gauff is now scheduled to compete next week in Luxembourg to wrap up her WTA season.