Serena Williams Says New Outfit is Top of The Pops

In previous years, Serena Williams has had fun with moon boots and leopard skin prints. This time she has opted for a yellow pleated skirt and matching crop top that shows off her pierced navel. 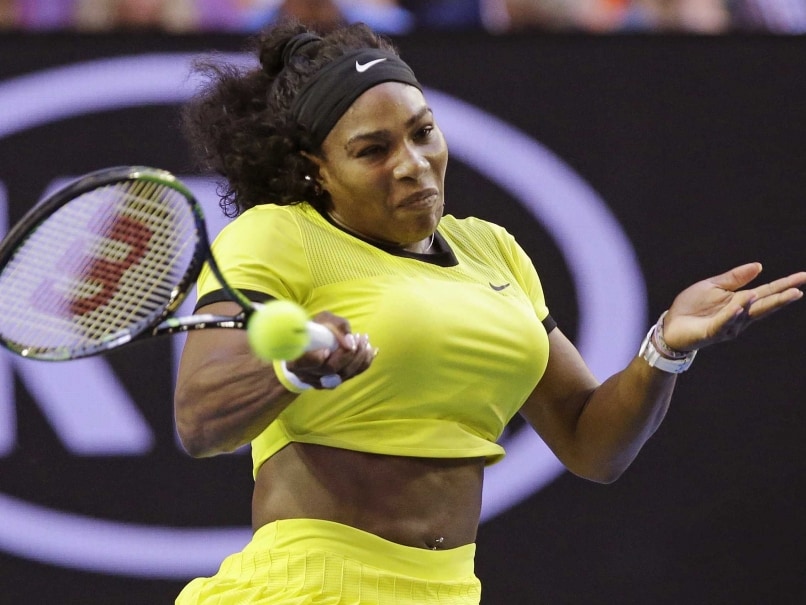 Serena Williams, who takes her design work seriously, has frequently made statements with her choice of clothing at major tournaments.© AP
Melbourne:

Serena Williams on Friday said she was trying to bring pop culture to the tennis courts with the self-designed canary yellow crop top outfit she is wearing at the Australian Open. (Serena Crushes Russian Teen)

The American, who takes her design work seriously, has frequently made statements with her choice of clothing at major tournaments.

Last year at Melbourne Park she sported a green and pink number with a distinctive cut-out back, which she said sent a feminist message that "you can be beautiful and powerful at the same time".

In previous years, she has had fun with moon boots and leopard skin prints.

This time she has opted for a yellow pleated skirt and matching crop top that shows off her pierced navel.

"It was definitely my design, something I actually sketched, you know. So I just wanted to think outside of the box," she said.

"I've been on tour for a long time. I've been wearing so many different designs. I just wanted to push the envelope again, just bring pop culture to tennis, kind of make it really fun.

"A lot of things you see on stage and, you know, just in that pop culture world, I wanted to bring that youth and that fun-ness to it."

Off court, Williams has her own clothing line, Aneres, and a successful collection of handbags and jewelry. She also has a custom-designed Nike apparel line.

The 34-year-old said she lives and sleeps in crop tops and that's where the idea came from.

"I'm often never seen without one. So I thought, it would be really fun to play in one," she said.

"Again, when I design for my collection, I don't design fully for Nike, but sometimes I do, like this collection I did.

"That's what I wanted to do with the top."

Comments
Topics mentioned in this article
Serena Williams Tennis
Get the latest updates on India vs England Series, India vs England , live score and IPL 2021 Auction . Like us on Facebook or follow us on Twitter for more sports updates. You can also download the NDTV Cricket app for Android or iOS.