Serena Williams, Maria Sharapova To Clash In US Open First Round

Serena Williams is looking to match the all-time record of 24 Grand Slam singles titles won by Margaret Court when the year's final major championship gets under way Monday. 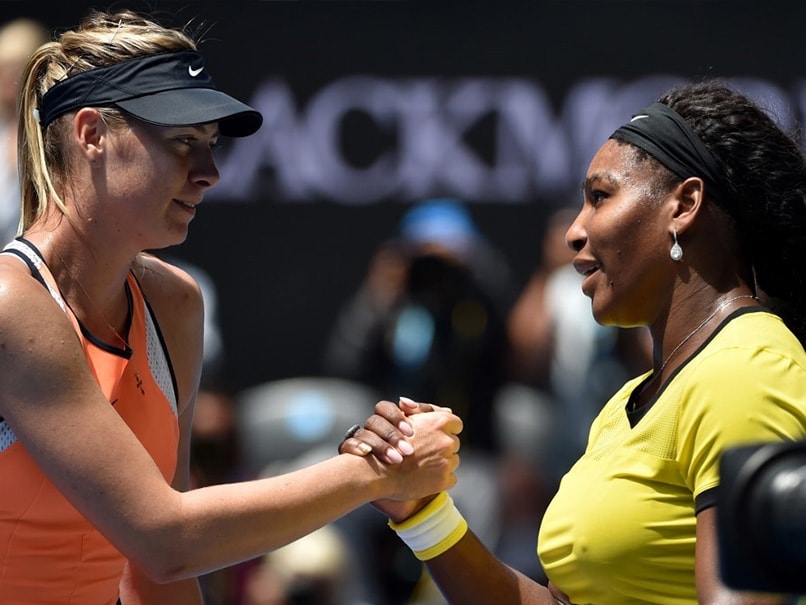 Serena Williams will begin her quest for a seventh US Open title and record-tying 24th Grand Slam victory against long-time rival Maria Sharapova in the US Open women's singles draw unveiled Thursday. Williams has dominated the Russian star in their head-to-head rivalry, winning 19 times with only two defeats, including their past 18 meetings, most recently at the 2016 Australian Open quarter-finals, although Sharapova advanced by walkover against Williams in the fourth round at Roland Garros last year.

Eighth-ranked Williams is looking to match the all-time record of 24 Grand Slam singles titles won by Margaret Court when the year's final major championship gets under way Monday.

The 37-year-old American has dropped her past three Grand Slam finals appearances, including last month to Simona Halep at Wimbledon and last year to Japan's Naomi Osaka at the US Open after a controversial game penalty for her tirade at umpire Carlos Ramos.

Tournament officials have said Ramos will not work any matches involving Serena or Venus Williams, who could not face her sister until the semi-finals, being in the same draw quarter as Czech third seed Karolina Pliskova.

Serena was placed into the same quarter as Australian second seed Ashleigh Barty, the reigning French Open champion whose first match is against 77th-ranked Zarina Diyas of Kazakhstan.

Top-seeded Osaka opens against Russia's 93rd-ranked Anna Blinkova and could face a third-round date against 15-year-old American Coco Gauff, who eliminated Venus Williams in the first round at Wimbledon in a run to the last 16 in her Grand Slam debut.

Romania's fourth-seeded Halep, coming off her second Grand Slam title, opens against a qualifier and could face a semi-final against Osaka, who defends a Slam crown for the first time.

"I'm looking forward to the experience," Osaka said. "Everyone knows I love it here."

Osaka retired in the third set of a quarter-final match at Cincinnati with a left knee injury but said Thursday she expects no problems with playing at the US Open.

Osaka said while she might watch players who are unfamiliar, she isn't one to analyze the draw beyond her next opponent.

"I like to know what that one person I'm playing is," she said. "I like to focus my attention on that one."

Pliskova, who lost her only Grand Slam final to Germany's Angelique Kerber at the 2016 US Open, plays her first match against a qualifier.

Venus Williams, 39, won the 2000 and 2001 US Opens but hasn't won a Slam since her fifth Wimbledon title in 2008. She opens against China's Zheng Saisai and could meet fifth seed Elina Svitolina of Ukraine in the second round.

Comments
Topics mentioned in this article
Serena Williams Maria Sharapova Tennis
Get the latest updates on SA vs IND 2021-22, check out the Schedule and Live Score . Like us on Facebook or follow us on Twitter for more sports updates. You can also download the NDTV Cricket app for Android or iOS.