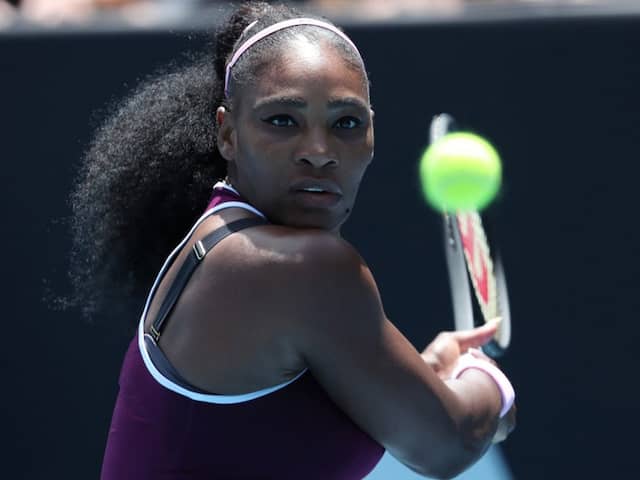 Serena Williams wore down a tenacious Laura Siegemund to make the WTA Auckland Classic semi-finals on Friday, as the 23-time Grand Slam winner chases her first title in two years. Siegemund had upset US teen prodigy Coco Gauff to reach the final eight and kept up the pressure until the first set hit 4-4, when Williams moved up a gear to win 6-4, 6-3 in just under 90 minutes. Williams showed her class as she broke Siegemund and then held serve to take the first set. The German claimed her own service break early in the second set but her opponent broke back to level at 3-3 and then commanded the next three games.

Although still troubled by the Auckland wind, Williams said she was determined to prove herself this week as she uses the competition to fine-tune ahead of the Australian Open.

"The conditions definitely didn't help, so it was good to get through that," she said.

Williams had her last tournament win at the 2017 Australian Open and before she arrived in Auckland she had not played since losing the US Open final last September.

But she is now in the semi-finals of both the singles and doubles in Auckland and said the court time was beneficial in her bid to win a 24th Grand Slam in Australia later in the month.

"The body's feeling great. I said I wanted to play singles and doubles here so I knew what I was going to be up against and I'm happy to still be in the tournament," she said.

Her semi-final opponent will be against the winner of the match between third seed Amanda Anisimova and Eugenie Bouchard while the other semi will feature Caroline Wozniacki and Jessica Pegula.

Former World number one Wozniacki, in the penultimate tournament of her storied career, knocked out defending champion and tournament fourth seed Julia Goerges 6-1, 6-4 in the quarter-finals.

Unheralded American Pegula, who is yet to face a seeded opponent in the tournament, was up 6-0, 3-2 against Alize Cornet when the Frenchwoman retired hurt with a thigh injury.

Comments
Topics mentioned in this article
Serena Williams Caroline Wozniacki Tennis
Get the latest Cricket news, check out the India cricket schedule, Cricket live score . Like us on Facebook or follow us on Twitter for more sports updates. You can also download the NDTV Cricket app for Android or iOS.