Coco Gauff Knocked Out Of WTA Auckland Classic In Second Round

Coco Gauff was knocked out of the WTA Auckland Classic on Thursday when she was outsmarted by German Laura Siegemund in the second round. 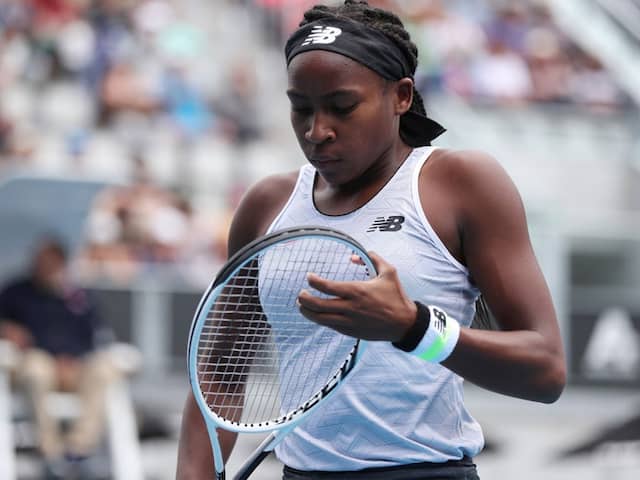 Coco Gauff burst into the limelight last year with a win over Venus Williams.© AFP

Teen prodigy Coco Gauff was knocked out of the WTA Auckland Classic on Thursday when she was outsmarted by German Laura Siegemund in the second round. The promoters' hopes of a dream quarter-final between Gauff and the queen of the court Serena Williams fell apart when Siegemund fought back from a set down to triumph 5-7, 6-2, 6-3. The 31-year-old Siegemund, who played her first WTA qualifier in 2003 before Gauff was born, was up 5-4 when she dropped her serve twice to lose the first set.

But from there, she used her considerable experience to ruffle the 15-year-old, forcing her behind the baseline and then drawing her forward with deft drop shots.

"In the first set I had my chances but let it go. So I just tried to keep my level and she started to miss a little bit more, and I guess I just got better and better," Siegemund said.

As Gauff showed signs of being rattled, she lost the steeliness she showed when she burst into the limelight last year with a win over Venus Williams as she worked her way deep into the Wimbledon singles.

Against Siegemund, she finished with seven double faults against her name and 49 unforced errors.

In the quarter-finals, Siegemund will play the winner of the match later on Thursday between Serena Williams and Christina McHale.

Comments
Topics mentioned in this article
Coco Gauff Tennis
Get the latest Cricket news, check out the India cricket schedule, Cricket live score . Like us on Facebook or follow us on Twitter for more sports updates. You can also download the NDTV Cricket app for Android or iOS.