Madison Keys knocked out fellow American Venus Williams from Australian Open. In the process, she earned the respect of Venus and her sister Serena Williams. 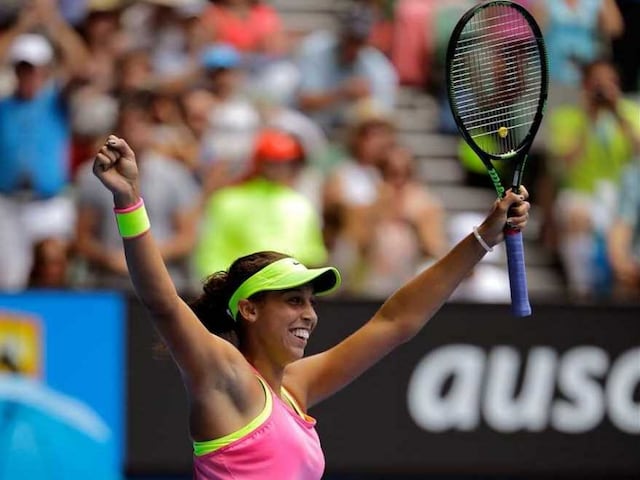 Madison Keys of the U.S. celebrates after defeating her compatriot Venus Williams in their quarterfinal match at the Australian Open.© AP
Melbourne:

The 19-year-old has long been on the radar of US pundits desperate for a new generation to emerge from the Williams siblings' long shadow and Keys lived up to the hype when she beat Venus in the quarters at Melbourne Park.

Eighteen-time Grand Slam champion Serena, who will meet Keys in Thursday's semi-final, said she believed the world number 35 was a future major winner.

She said having Lindsay Davenport as her coach was a big asset for Keys, who hired the former Grand Slam winner late last year.

"Lindsay and Madison have done really well together," she said.

"Obviously, this is her first semi-finals. I'm sure there's going to be many more, including Grand Slam wins, for Madison. It's a good match and I think they really just make a good team. Really, nice, easygoing people.

"It's also great for me and Venus because we know that finally there's other Americans that are constantly playing well and playing better, showing that they want to be the world's greatest," she added.

Venus, who was a childhood idol of Keys' when she as growing up in Rock Island, Illinois, said "the sky's the limit" on the teenager's future.

"You have to give credit where credit is due. She played really well. This is her moment today," she said.

Comments
Topics mentioned in this article
Serena Williams Venus Williams Madison Keys Tennis
Get the latest Cricket news, check out the India cricket schedule, Cricket live score . Like us on Facebook or follow us on Twitter for more sports updates. You can also download the NDTV Cricket app for Android or iOS.