Sara Errani was a 2013 finalist at the Dubai Tennis Championships, losing to Petra Kvitova of Czech Republic. 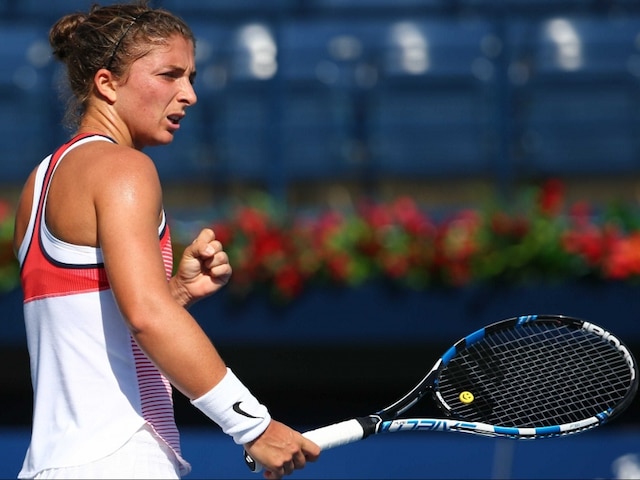 Sara Errani will play the winner of the semifinal between Caroline Garcia and Barbora Strycova of Czech Republic in the Dubai Championships final.© AFP
Dubai:

Sara Errani of Italy advanced to her second Dubai Tennis Championships final with a 6-4, 6-4 win over 21st-ranked Elina Svitolina of Ukraine on Friday. (Paes-Chardy Advance to Delray Beach Open Quarters)

The match was a hour, 51 minute battle of long rallies and games, featuring eight service breaks.

"It was really tough," said Errani, who will seek her ninth WTA title.

"Every point, every game was really long. It's unbelievable for me to be playing in another final."

Errani will play the winner of the semifinal between 38th-ranked Caroline Garcia of France and 47th-ranked Barbora Strycova of Czech Republic.

Comments
Topics mentioned in this article
Sara Errani Elina Svitolina Tennis
Get the latest Cricket news, check out the India cricket schedule, Cricket live score . Like us on Facebook or follow us on Twitter for more sports updates. You can also download the NDTV Cricket app for Android or iOS.