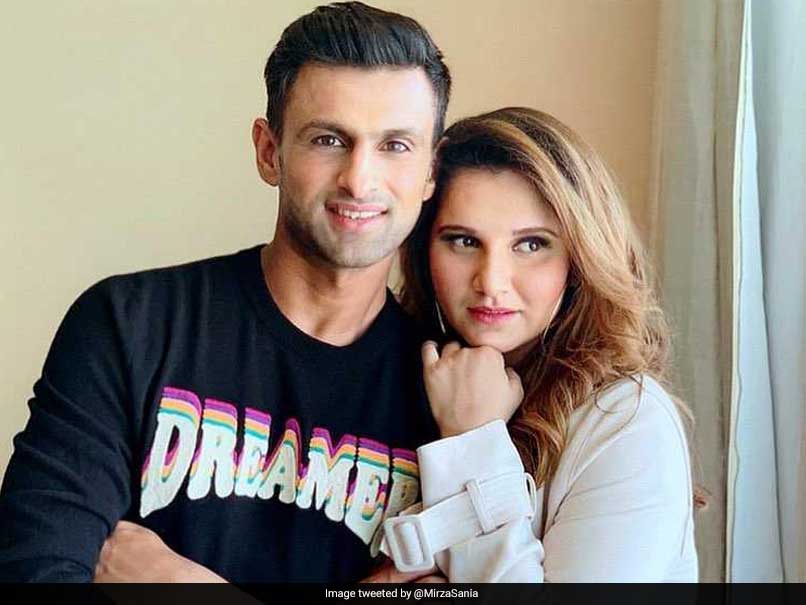 A baby boy was born to India's tennis star Sania Mirza and Pakistan cricketer husband Shoaib Malik on Tuesday. Shoaib Malik took to Twitter to announce the news. "Excited to announce: Its a boy, and my girl is doing great and keeping strong as usual #Alhumdulilah. Thank you for the wishes and Duas, we are humbled #BabyMirzaMalik", he captioned. As soon as the news was announced, fans flooded their comments section with congratulatory messages. The couple, who got married on April 12, 2010, had confirmed the pregnancy news on April 23. The 31-year-old tennis star had earlier said that the child would bear surnames of both of them.

Congrats to u both ALLAH bless ur family ameen

Many many Congratulations SM

MashA'Allah!!
Heartiest Congratulations @realshoaibmalik and @MirzaSania on the arrival of your baby Boy.
May ALLAH (SWT) protect the little angel from every evil eye. Ameen.
.#Blessings #BabyMirzaMalik#Happiness.

The former doubles World No.1, Sania has been on the sidelines since October 2017 and had said that she was aiming to be back on court for the 2020 Tokyo Olympics. Reiterating her point, Sania said that she would like to set an example for her child that nor pregnancy, motherhood and parenthood should not be something that holds one back from your dreams.

Global superstar Serena Williams had won the 2017 Australian Open when she was few weeks pregnant with her daughter Alexix Olympia and returned to the WTA Tour in March 2018.

Sania, in 2005, became the first Indian to win a WTA tournament singles title. She reached the fourth round of the US Open in the same year, and by 2007 was among the women's top 30.

Comments
Topics mentioned in this article
Sania Mirza Tennis Shoaib Malik
Get the latest updates on Olympics 2020, Olympics 2020 Medal Tally, Live Cricket Score . Like us on Facebook or follow us on Twitter for more sports updates. You can also download the NDTV Cricket app for Android or iOS.