Sania Mirza Hits The Gym For First Time After Having A Baby, Says She Was "Like A Kid In Candy Shop" 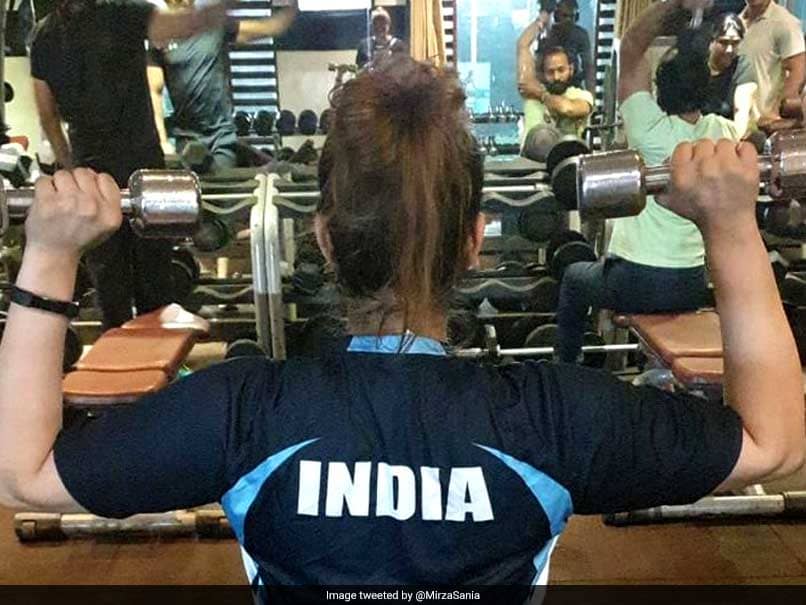 Sania Mirza said that she was excited to go to the gym for the first time after having a baby.© Twitter

Indian tennis star Sania Mirza on Thursday celebrated her 32nd birthday with her newborn son Izhaan Mirza-Malik and family. Husband Shoaib Malik uploaded heart-warming pictures on Twitter and Instagram to wish wife Sania on her birthday. Sania Mirza, on the other hand, decided to celebrate her birthday in a different manner, by hitting the gym. In a photo uploaded on Twitter, Sania Mirza said she was "like a kid in a candy chop" after going to the gym for the first time since giving birth to her son.

The 32-year-old tennis star further said that it is going to be a long road back mentally and physically.

Went to the gym after weeks/months yesterday first times since I had my baby.. I was excited like a kid in a candy shop it's going to be one lonnggg and fun road back mentally and physically !!gotta start somewhere so why not on my birthday #Day1 pic.twitter.com/Hb54wLoieD

Sania, who is a former doubles World No.1, has been on the sidelines since October 2017 and had said that she wants to be back on court for the 2020 Tokyo Olympics.

Comments
Topics mentioned in this article
Sania Mirza Tennis Serena Williams Kim Clijsters
Get the latest updates on India vs Australia Series, check out the India vs Australia Schedule for 2020-21 and Ind vs Aus live score . Like us on Facebook or follow us on Twitter for more sports updates. You can also download the NDTV Cricket app for Android or iOS.