Maria Sharapova had earlier announced that she had tested positive for Meldonium, a drug she said she had been taking since 2006. 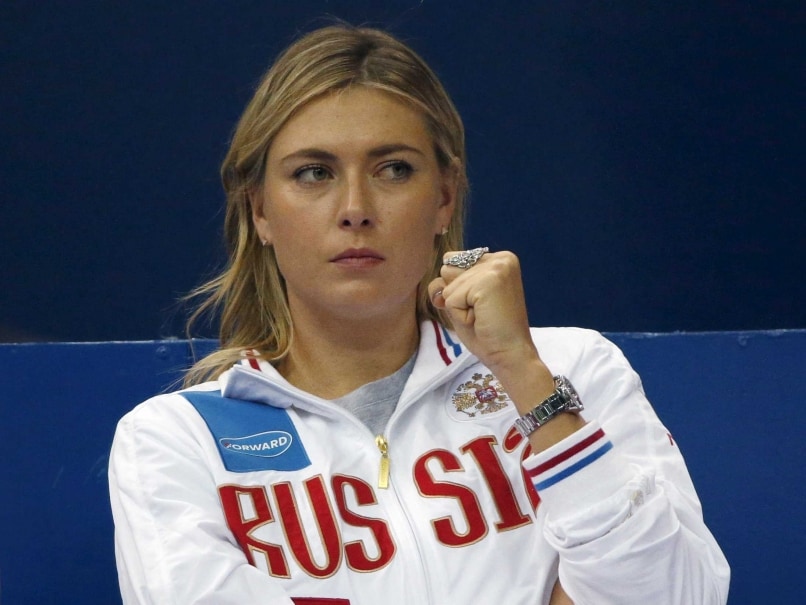 Maria Sharapova lost to Serena Williams in the quarter-finals of the Australian Open in January and has not competed since then.© Reuters
Moscow:

Russia's sports minister on Tuesday said he hoped to see tennis star Maria Sharapova back on court after she failed a dope test at the Australian Open. (Sharapova Admits She Took Drug Newly Banned By Tennis)

"I feel sorry for Masha. I hope that we will see her back on court and we are prepared to support her," minister Vitaly Mutko told state-run TASS news agency, using the Russian diminutive of Sharapova's first name.

"She travels from tournament to tournament and has a punishing schedule. The people in her team should be looking out for her." (Maria Sharapova Fails Dope Test -- Who's Saying What)

Sharapova announced Monday that she had tested positive for Meldonium, a drug she said she had been taking since 2006 but that was only added to the banned list this year.

The former world number one from Russia said a change in the World Anti-Doping Agency's banned list for 2016 led to an inadvertent violation, for which she will be "provisionally suspended" by the International Tennis Federation.Â (Made Huge Mistake, Says Sharapova)

Sharapova said she originally began taking Meldonium for a variety of symptoms, including a tendency to become ill often, an irregular EKG heart test and a family history of diabetes.

Meldonium -- manufactured in Latvia but not approved by US regulators -- is used to treat heart trouble, including angina and heart failure.

Sharapova said she was cooperating with the ITF and did not yet know the extent of the sanctions she would face.

Her attorney, John Haggerty, said the positive test could carry a ban of up to four years, but that mitigating circumstances could see a lesser penalty.

Shamil Tarpishchev, head of the Russian tennis federation, told the TASS news agency he believed Sharapova would still have a chance to play at the Rio Olympics in August.

Mutko warned that more Russian competitors could be hit by the Meldonium ban and said he would summon the country's sports chiefs to discuss the issue. (Doping Now Shadows Maria Sharapova's Rags-to-Riches Story)

"It seems that we are in for some shocks because of this medicine," Mutko said. "Unfortunately I think there will still be some more cases."

Russia is currently facing a separate scandal over allegations of state-sponsored doping in track and field that has seen the country's team banned from international competition and now facing the possibility of missing out on the Rio Olympic Games this summer.