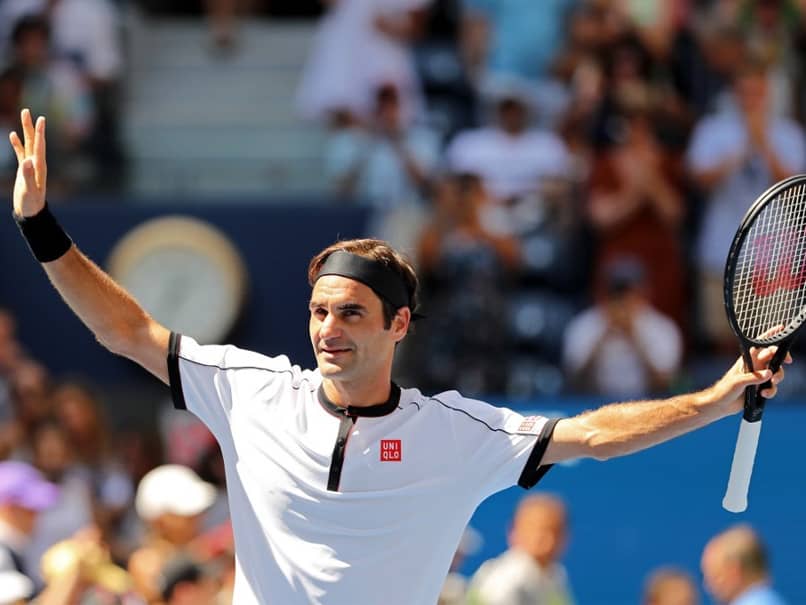 Roger Federer and Serena Williams, the all-time leaders in Grand Slam titles, cruised into the fourth round of the US Open on Friday while 2014 US Open runner-up Kei Nishikori was ousted by Australian Alex de Minaur. Federer routed Britain's 58th-ranked Dan Evans 6-2, 6-2, 6-1 in only 80 minutes, blasting 48 winners to just seven for Evans, whose effort was hampered by an 18-hour turnaround between matches.

"I really enjoyed myself," Federer said. "I was able to adjust and take care of business so it was good."

Evans blasted organizers for playing him first on limited rest after a rain-delayed match on Thursday while his 38-year-old Swiss rival, a 20-time Slam champion, rested after playing Wednesday under the roof at Arthur Ashe Stadium.

"I was fatigued," Evans said. "I thought it was pretty tough I was first up after playing yesterday, if I'm being brutally honest, so it was a bit disappointing.

"Just to try and beat him feeling tired, stiff, playing four sets yesterday, it's near on impossible, but I actually thought he played pretty much no-error tennis."

"I had a lot of intensity today, which is really good for me," Williams said.

The 37-year-old American, six times a US Open champion, has been a runner-up in three of the past five Slams, falling to Naomi Osaka in last year's US Open final. She last won a Slam crown at the 2017 Australian Open while pregnant and hasn't won the US Open title since 2014.

"I actually prefer playing in the day because I get to go home and actually see my baby," Williams said.

"This is where I feel like my game's at. I want to be pushing second weeks of Grand Slams and putting myself out there. So very happy," De Minaur said. "Hopefully I can just keep it rolling."

It was the first victory over a top-10 foe in 12 tries for De Minaur, who squandered a two-set lead over 2014 US Open winner Marin Cilic in last year's Open third round.

"I had a little bit of a thriller last year versus Cilic and was two sets to love up," De Minaur said. "I was glad I could finally get the win."

"Physically it was quite a tough battle," Pliskova said. "It was important to win so it doesn't matter how I feel. So pleased to be through."

Barty and Pliskova are battling top-ranked defending champion Osaka to be world number one at the end of the Flushing Meadows fortnight.

Barty has the inside track because Osaka has so many points to defend. The Japanese 21-year-old must win the title to have any chance at staying on top while Pliskova must reach at least the semi-finals.

Top-ranked defending champion Novak Djokovic, who has won four of the past five Slam titles and 16 overall, was set to play a night match against 111th-ranked American Denis Kudla, who has never beaten a top-10 rival in 10 tries.

The 32-year-old Serbian, a three-time US Open winner, has been no worse than a US Open semi-finalist since a third-round exit in 2006.

Comments
Topics mentioned in this article
Roger Federer Serena Williams Tennis
Get the latest updates on India vs Australia Series, check out the India vs Australia Schedule for 2020-21 and Ind vs Aus live score . Like us on Facebook or follow us on Twitter for more sports updates. You can also download the NDTV Cricket app for Android or iOS.