Roger Federer Out Of Italian Open With Right Leg Injury

Roger Federer, a four-time finalist at the Italian Open, had been due to meet Greek eighth seed Stefanos Tsitsipas for a place in the semi-finals. 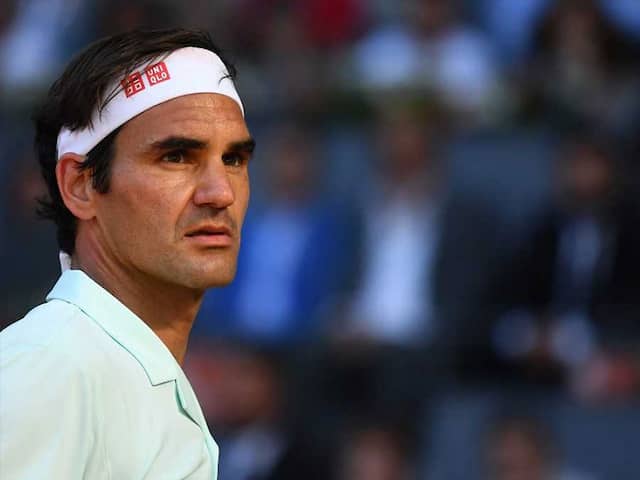 Roger Federer has pulled out of the Italian Open with a right leg injury before his quarter-final match.© AFP

World number three Roger Federer pulled out of the Italian Open before his quarter-final match on Thursday with a right leg injury. Roger Federer, a four-time finalist at the Italian Open, had been due to meet Greek eighth seed Stefanos Tsitsipas for a place in the semi-finals. The Swiss 20-time Grand Slam winner was playing in Rome to prepare for his return to the French Open for the first time since 2015. "I am disappointed that I will not be able to compete today," said Roger Federer. "I am not 100 percent physically and after consultation with my team, it was determined that I not play.

"Rome has always been one of my favourite cities to visit and I hope to be back next year."

Federer had been on court nearly four hours on Thursday as competitors played two matches after rain delays midweek.

The 37-year-old saved two match points to win through 2-6, 6-4, 7-6 (9/7) against Borna Coric to advance to the quarter-finals after earlier easing to a straight sets win over Portgual's Joaa Suosa.

The former world number one had been a late addition to the Rome tournament as he sought clay court practice ahead of his bid to add to his lone  French Open title in 2009.

Tsitsipas will play either defending champion Rafael Nadal or Fernando Verdasco for a place in the final.

The news come at the back of women's World No.1 Naomi Osaka withdrawing from the Italian Open before her quarter-final match with injury just a week before the start of the French Open.

The 21-year-old withdrew because of a "pain in her right hand," organisers announced.

The Japanese star was due to meet Madrid Open champion and sixth seed Kiki Bertens for a place in the final four in Rome. Naomi Osaka won twice on Thursday after the previous day's play was rained off, retaining the world number one ranking ahead of Roland Garros.

She eased into the last eight in Rome with a 6-3, 6-3 win over Mihaela Buzarnescu.

Naomi Osaka beat the 29th-ranked Romanian in 78 minutes after earlier beating Slovak Dominika Cibulkova by the same scoreline in one hour and 42 minutes in the second round, as players doubled up after the previous day was washed out.