Roger Federer beat Tunisia's Malek Jaziri 6-3, 7-5 in the second round of the Halle Open, which is a warm-up event to the Wimbledon 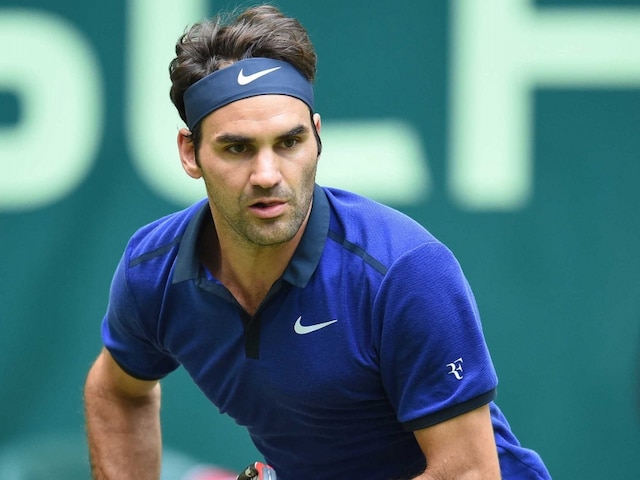 Roger Federer in action during second round match of the Halle Open against Malek Jaziri.© AFP

Roger Federer warmed up for Wimbledon by easing to victory in the second round on the Halle grass on Thursday, as he returns from a back injury that has disrupted his season.

The world number three, who dropped out of last month's French open, had little trouble swatting aside Tunisia's Malek Jaziri, 6-3, 7-5, and next faces Belgium's David Goffin.

Federer, who is in the twilight of a sparkling career and turns 35 in August, is chasing a ninth title in Halle, Germany.

Goffin set up the meeting after Ukraine's Sergiy Stakhovsky retired from their clash.

The indefatigable Kohlschreiber was playing for a 10th straight day.

Comments
Topics mentioned in this article
Roger Federer Malek Jaziri Tennis
Get the latest Cricket news, check out the India cricket schedule, Cricket live score . Like us on Facebook or follow us on Twitter for more sports updates. You can also download the NDTV Cricket app for Android or iOS.