Rafael Nadal To Miss US Open, Says Ending 2021 Season Due To Foot Injury

Rafael Nadal announced on Friday that he is ending his season because of a foot injury that has troubled him since his defeat in the semi-finals at the French Open. 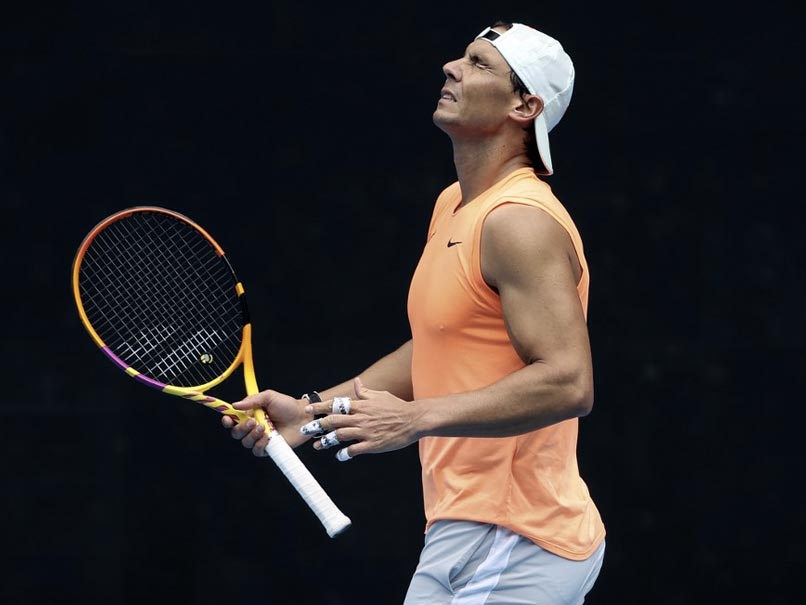 Rafael Nadal will miss the remainder of 2021 season due to foot injury.© AFP

Rafael Nadal will miss the US Open after announcing on Friday that he is ending his season because of an injury to his left foot that has troubled him since his defeat in the semi-finals at the French Open in June. "Hello everyone, I wanted to inform you that unfortunately I have to end the 2021 season," the Spaniard wrote on Twitter. "Honestly, I've been suffering a lot more than I should with my foot for a year and I need to take some time to resolve this problem or at least improve the situation (if I want to be able to play) the next few years."

Following his defeat to Novak Djokovic at Roland Garros, Nadal skipped Wimbledon and the Olympics before making a return to the courts in Washington earlier this month.

He beat Jack Sock but then slipped to a three-set defeat at the hands of South Africa's Lloyd Harris, after which the 35-year-old said "the foot was better".

However, he then pulled out of the event in Toronto saying it was "not a happy situation" and is missing from the current tournament in Cincinatti, the traditional curtain-raiser for the US Open which starts on August 30.

The world number three, who has 20 major titles to his name including four in New York, is just the latest big name to miss out on the US Open.

On Sunday, another former champion Roger Federer also pulled out of the US Open.

The 40-year-old, who has five US Open titles to his name, said he needed further knee surgery and admitted he "will be out for many months".

Defending champion Dominic Thiem also announced his withdrawal this week after failing to recover from a wrist injury.

Comments
Topics mentioned in this article
Rafael Nadal Tennis
Get the latest updates on ICC T20 Worldcup 2022, check out the Schedule and Live Score. Like us on Facebook or follow us on Twitter for more sports updates. You can also download the NDTV Cricket app for Android or iOS.