Rafael Nadal To Miss Asian Tournaments Due To Knee Injury

Nadal had to pull out during his semi-final against Juan Martin del Potro in New York and also missed Spain's Davis Cup defeat by France last weekend. 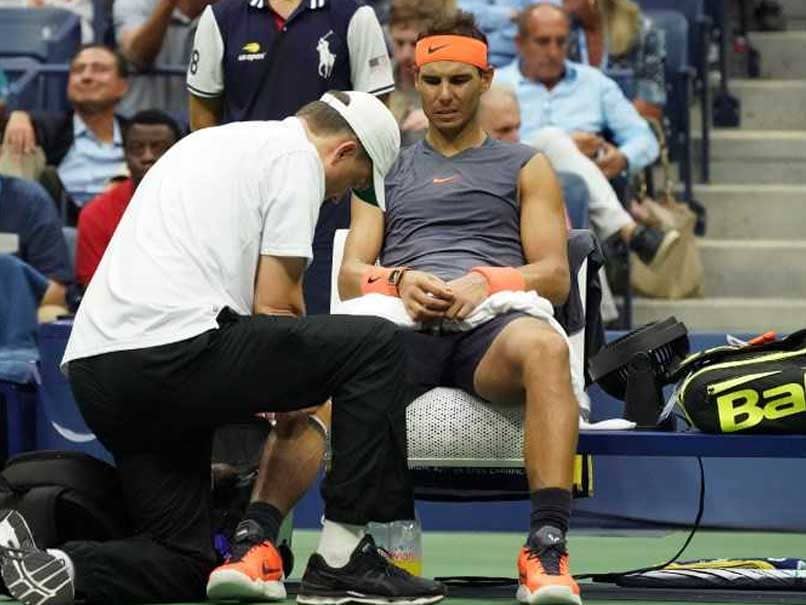 Rafael Nadal leaves the way open for Novak Djokovic to finish 2018 on top of the ATP rankings.© AFP

World number one Rafael Nadal has announced his withdrawal from upcoming tournaments in Beijing and Shanghai due to the right knee injury that forced him to retire from the US Open earlier this month. Nadal had to pull out during his semi-final against Juan Martin del Potro in New York and also missed Spain's Davis Cup defeat by France last weekend. The 32-year-old said he visited doctors in Barcelona on Monday and has subsequently made the decision to play neither the ATP 500 event in Beijing nor the Masters 1000 in Shanghai.

"While the annoyances on my knee are nothing new, we have decided together with my medical and technical team not to participate in the Asian tour to recover the knee the way we have always done," Nadal said on Wednesday.

"I'm sorry I can't be with all the fans in China and with the organisers of the Beijing and Shanghai tournaments that have always had a great relationship with me and my team."

Nadal is the defending champion in Beijing, where he beat Nick Kyrgios in the final last year. He was also runner-up in Shanghai, denied by champion Roger Federer.

Missing both tournaments next month leaves the way open for Novak Djokovic to finish 2018 top of the ATP world rankings, despite another positive season for Nadal.

He lost in the semi-finals at Wimbledon to Djokovic before the knee problem hampered his progress at Flushing Meadows.