Rafael Nadal tested out his injured foot in his first practice at the French Open on Wednesday without any obvious discomfort. 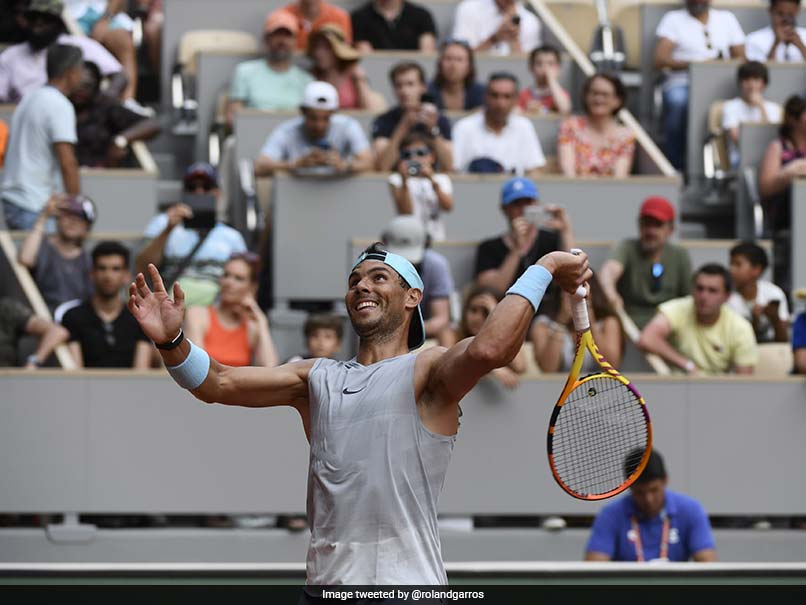 Rafael Nadal tested out his injured foot in his first practice at the French Open.© Twitter

Rafael Nadal tested out his injured foot in his first practice at the French Open on Wednesday without any obvious discomfort. Nadal, the 13-time champion at Roland Garros, delighted fans who packed two sides of the 15,000-capacity Court Philippe Chatrier in the baking Paris sun. Welcomed by the watching Stefanos Tsitsipas, the world number four who was runner-up at the tournament in 2021, Nadal hit with Spanish compatriot Jaume Munar. It was the 35-year-old Nadal's first public appearance since suffering a recurrence of a chronic foot injury in his Italian Open third round loss to Denis Shapovalov last week.

"I'm not injured, I am a player living with an injury. That's it," Nadal told reporters in Rome.

"It's something that is there unfortunately and my day by day is difficult. I am trying hard but of course it is difficult for me. A lot of days I can't practice."

The return of @RafaelNadal #RolandGarros pic.twitter.com/X7TVd8Tb1n

On Wednesday, Nadal gave no indication that the effects of the injury had followed him to the French capital as he practiced for two hours.

The Spanish star, chasing a record-extending 22nd Grand Slam title, will learn his first round opponent in Thursday's draw.

Nadal, defeated in the semi-finals by eventual champion Novak Djokovic 12 months ago, has an astonishing record of 105 victories against just three losses at the tournament since his title-winning debut in 2005.

The French Open gets underway on Sunday.

Comments
Topics mentioned in this article
Rafael Nadal Tennis Stefanos Tsitsipas
Get the latest updates on ICC T20 Worldcup 2022, check out the Schedule and Live Score. Like us on Facebook or follow us on Twitter for more sports updates. You can also download the NDTV Cricket app for Android or iOS.