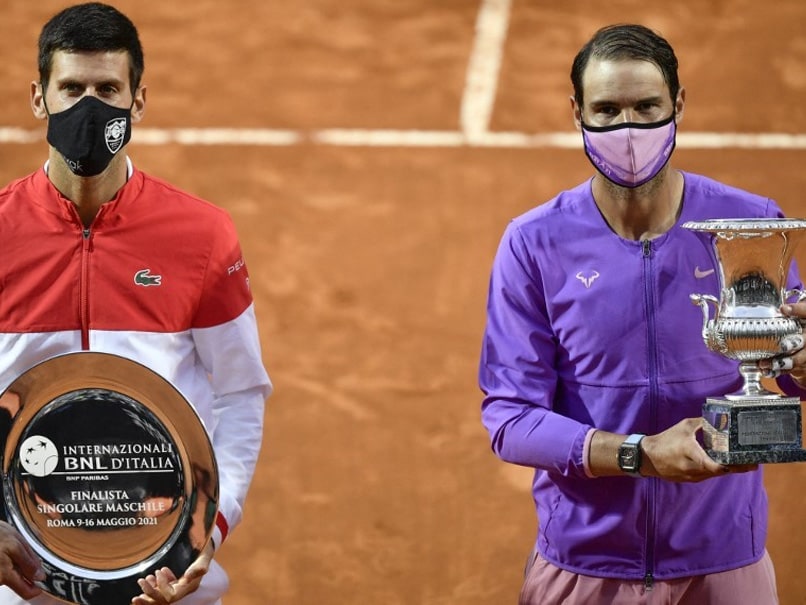 Rafael Nadal and Novak Djokovic will set their sights on more Grand Slam history at Roland Garros as the French Open embraces a new and eerily empty era of night time tennis. A 14th title in Paris for Nadal would take him to a record-setting 21st major, surpassing the mark he shares with Roger Federer who has already written off his hopes of adding to his lone success in the French capital back in 2009. Djokovic, the champion in 2016, can move to 19 Grand Slam titles with victory.

That would make the world number one the first man in over half a century to win all four majors on multiple occasions.

Nadal arrives in Paris buoyed by having defeated Djokovic in the Rome Masters final in what was the pair's 57th meeting.

It was Nadal's 10th title in the Italian capital.

Not that he was reading too much into the statistics as far as Roland Garros is concerned.

"I think I can work on a couple of things that I can do a little bit better," he insisted.

"I just need to keep going. I know what I need to work on and I'm going to do it. Work, relax mentally, and work the right way."

At last year's delayed Roland Garros, Nadal swept past Djokovic in straight sets in the final.

It was Nadal's 100th win at the tournament against just two losses since his 2005 title-winning debut.

Giving Djokovic hope, however, is the knowledge that he was responsible for one of those losses, in the 2015 quarter-finals.

He is also a four-time runner-up although three of those defeats in the championship match came against the Spaniard.

Only two men have previously managed to win all four of the Slams on more than one occasion -- Roy Emerson and Rod Laver of Australia.

Laver's achievement came back in 1969.

"I think I have a good chance to go all the way in Paris, but of course it's a long shot," said Djokovic who captured the season's first Grand Slam title in Australia for a ninth time in February.

Federer, with his 40th birthday fast approaching, remains the sentimental favourite but his priority will be an assault on Wimbledon where he has been champion eight times.

"I'm not so sure in the last 50 years of the French Open, somebody just rocks up at nearly 40 years old, being out for a year and a half, and wins everything straight," said Federer after losing his only clay court match this year in Geneva last week.

Of the chasing pack, two-time runner-up Dominic Thiem is low on form and confidence.

A run to the Madrid semi-finals was followed by a straight sets defeat to Cameron Norrie in his Lyon opener.

World number two Daniil Medvedev has yet to win a match at Roland Garros in four attempts.

In Rome, he fell at the first hurdle and half-jokingly pleaded with the referee to disqualify him such is his dislike for clay.

World number five Stefanos Tsitsipas is the most likely man to upset the odds of Nadal and Djokovic again making the final.

The 22-year-old Greek won the prestigious Monte Carlo clay court title in April, had match point before losing the Barcelona final to Nadal and then lifted the Lyon trophy.

He has beaten Nadal on clay in Madrid in 2019 and stretched Djokovic to five sets at the 2020 French Open semi-finals.

This year's Roland Garros will be the second taking place under the shadow of the coronavirus.

For the first time this year, there will be nine evening sessions at the tournament.

However, a Covid-19 curfew from 9pm means that eight of those sessions will be played out inside an empty Court Philippe Chatrier.

Novak Djokovic Roger Federer Stefanos Tsitsipas Daniil Medvedev Tennis
Get the latest updates on SA vs IND 2021-22, check out the Schedule and Live Score . Like us on Facebook or follow us on Twitter for more sports updates. You can also download the NDTV Cricket app for Android or iOS.