Rafael Nadal Aims To Carry Momentum Into 2020 After Short Break

Rafael Nadal led Spain to the Davis Cup title just over three weeks ago then went on a short break before beginning his preparations for the new season. 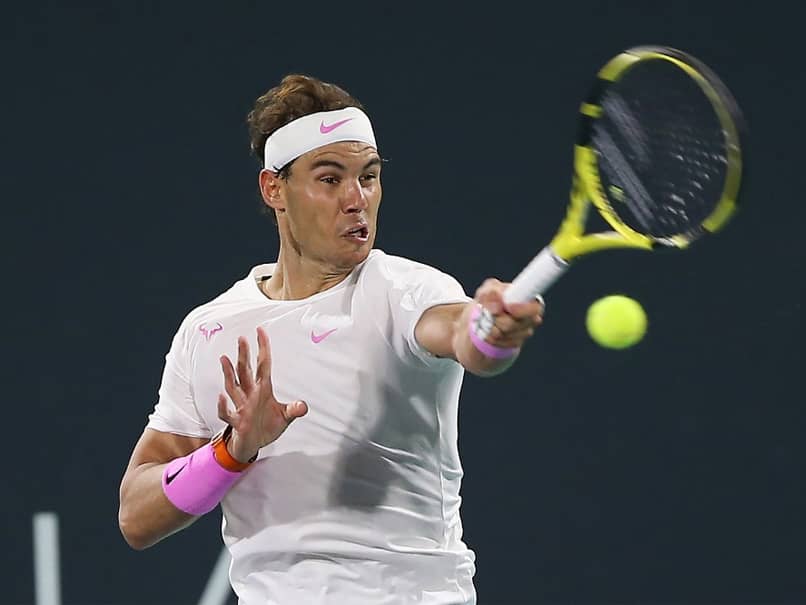 Rafael Nadal has a shorter than usual off-season this year but he believes he can work it to his advantage as he looks to carry his Davis Cup-winning form into 2020. The world No.1 led Spain to the Davis Cup title just over three weeks ago then went on a short break before beginning his preparations for the new season. On Friday, Rafael Nadal picked up right where he left off as he surprised himself by putting together a devastating 6-1, 6-3 performance against Russian world No.17 Karen Khachanov in an exhibition match in Abu Dhabi.

"That was a good masterclass. Rafa needs to tell me how much I need to pay him," Khachanov joked after the match.

Nadal feels it was a victory that proved he can keep up his momentum from his strong finish to the 2019 season well into the new year.

"I was a little bit surprised the way that I played. I have been playing well at the end of the season. And it was just 15 days ago, a little bit more that I was winning the Davis Cup with Spain with the rest of the guys, so things went quick," Nadal told reporters in the UAE capital on Friday.

"And at some point it's negative that we didn't have a lot of time (between seasons) but on the other hand I finished playing well and that helps to keep going playing well."

Nadal's reward is a Saturday showdown with ATP Finals champion Stefanos Tsitsipas, who defeated Novak Djokovic 3-6, 7-6 (7/4), 6-4 earlier in the day.

The 21-year-old Tsitsipas, ranked No.6 in the world, told the press ahead of the action in Abu Dhabi that one his main goals for 2020 is to end the year among the top three, which means he would need to squeeze out one of the current 'Big Three' of Nadal, Djokovic and Roger Federer.

Tsitsipas 'has got the game'

"It's good that he has a good ambition," Nadal said of the young Greek.

"It's important to have clear goals, and then you have to do it, and it's something difficult because being in the top three is not easy. There are a lot of players that will fight to be in the higher positions of the ranking, but of course he had a great season and he will fight for important things."

Djokovic also sees great potential in Tsitsipas, who has already claimed two wins over the Serbian world No.2 in four career meetings.

"Definitely he's got the game, he's got a really good approach, I think, to tennis, he's very professional, very determined, he's got all the elements he needs in order to reach that," said Djokovic. "So now of course it's a big task for anybody really to be top three in the year. It means you have to be playing consistently well throughout the entire season, really not having any too many fallbacks, or God forbid injuries.

"But he's definitely matured a lot and results are proving that."

Djokovic was not discouraged by his loss to Tsitsipas on Friday and is certain he has time to hit his best level ahead of next month's Australian Open, where he hopes to win a record-extending eighth title.

"The off-season wasn't that long and I just recently started playing tennis, but for the level that I kind of thought I'd be on, this is positive," Djokovic said.

Novak Djokovic Karen Khachanov Roger Federer Tennis
Get the latest updates on IPL 2020, check out the IPL Schedule for 2020 and Indian Premier League (IPL) Cricket live score . Like us on Facebook or follow us on Twitter for more sports updates. You can also download the NDTV Cricket app for Android or iOS.