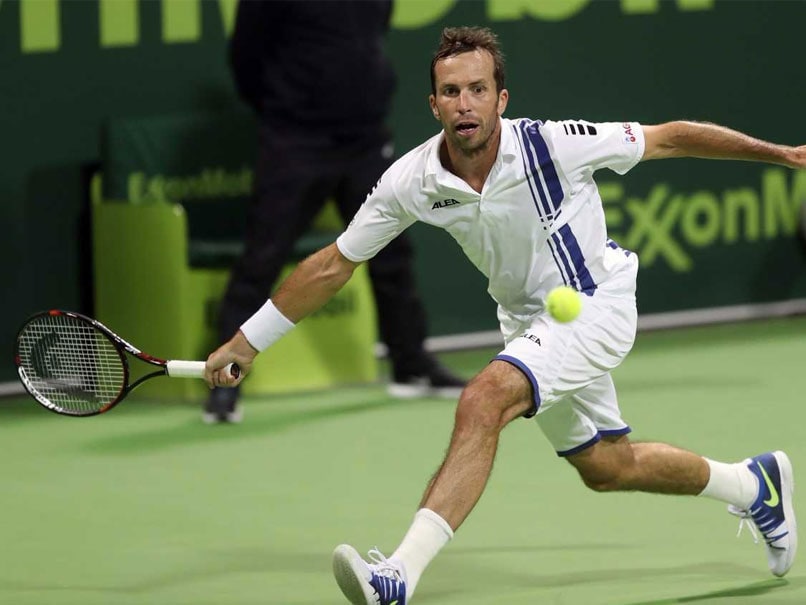 "I have fought until my last breath but it's time to go now," he added.

Together with Tomas Berdych, Stepanek led the Czech Republic to Davis Cup titles in 2012 and 2013, becoming the first player ever to win two decisive fifth rubbers in two consecutive Davis Cup finals.

Already popular among fans for his colourful playing style, involving wild fist-pumping and jumps of all sorts, Stepanek became a national hero after the wins.

For Davis Cup ties, he wore a T-shirt he had designed, with a big lion design on the front, a symbol of his country, complete with the state emblem -- and which Andy Murray's mother Judy once called "staggeringly bad".

Stepanek also chose his partners in the tennis world -- he was once engaged to Martina Hingis, and shortly after splitting with his wife, former world number seven Nicole Vaidisova, in 2013, he started dating two-time Wimbledon champion Petra Kvitova.

Born on November 27, 1978 in the eastern Czech city of Karvina, Stepanek reached a career-high eighth spot in the singles rankings in 2006.

Six years later, he was fourth in the doubles rankings.

Comments
Topics mentioned in this article
Radek Stepanek Tennis
Get the latest updates on India vs England Series, India vs England , live score and IPL 2021 Auction . Like us on Facebook or follow us on Twitter for more sports updates. You can also download the NDTV Cricket app for Android or iOS.