Garbine Muguruza is set to take on either Frenchwoman Caroline Garcia, the seventh seed, or Russian qualifier Anna Blinkova for a place in the semi-finals. 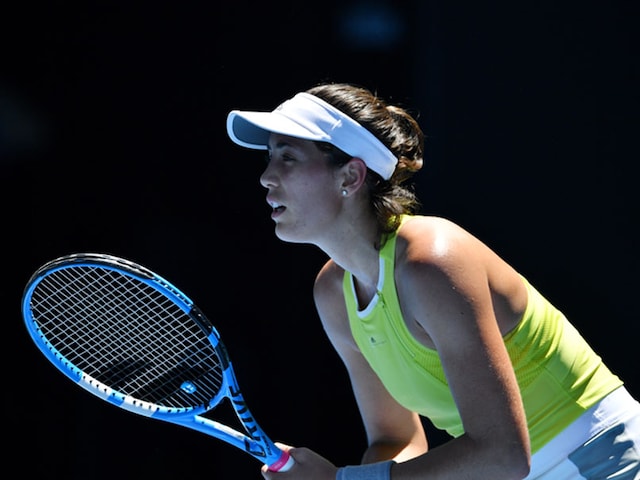 World No. 4 Garbine Muguruza on Thursday eased into the Qatar Open quarter-finals, defeating Romanian Sorana Cirstea 6-0, 6-4. The Spanish player Muguruza dropped just one game in the first 12 games, but she had to overcome late trouble, before sealing her third career win over Cirstea, reports Efe. "I think I played very well in the first set, and in the second set she came out much better, reached a high level, I made a few mistakes, and there we go, the match was equal," Muguruza said. Muguruza however, pulled past her Romanian opponent at the end of the second set for the win.

Cirstea had a flat start to the match as she failed to gain the rhythm on her strokes, misfiring consistently which gave Muguruza the perfect love break in the opening game. Both players had similar aggressive styles of tennis, but yet their performances had a drastic contrast. It was a devastating match played by Cirstea as she astonishingly threw in a whopping 43 unforced errors within just 64 minutes of play.

The two-time Grand Slam champion Muguruza is set to take on either Frenchwoman Caroline Garcia, the seventh seed, or Russian qualifier Anna Blinkova for a place in the semi-finals.

Comments
Topics mentioned in this article
Garbine Muguruza Sorana Cirstea Tennis
Get the latest Cricket news, check out the India cricket schedule, Cricket live score . Like us on Facebook or follow us on Twitter for more sports updates. You can also download the NDTV Cricket app for Android or iOS.