Petra Kvitova lost the first set before winning 6-7 (4/7), 6-3, 6-2 to ruin Maria Sakkari's hopes of becoming the first Greek woman to reach the last eight of a Grand Slam. 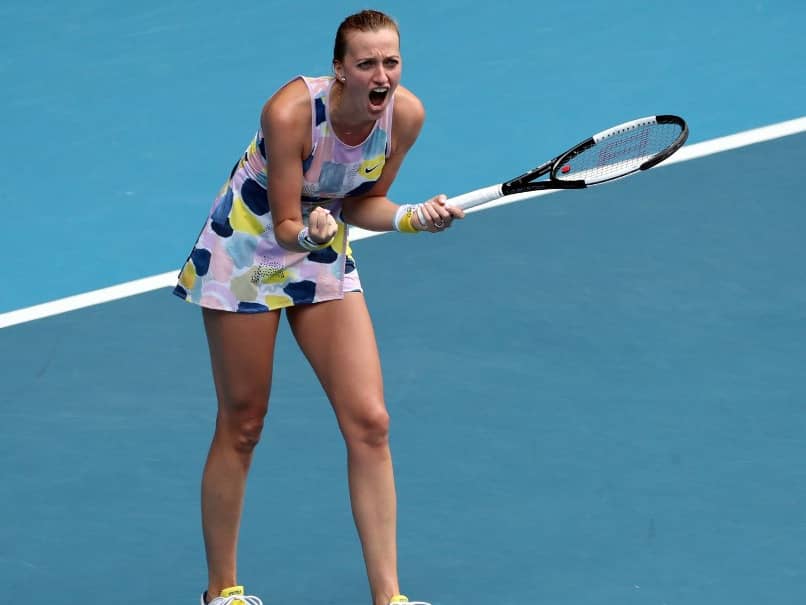 Two-time Wimbledon champion Petra Kvitova set up a potential clash with top seed Ashleigh Barty in the Australian Open quarter-finals after fighting back to defeat Maria Sakkari in three sets on Sunday. The Czech seventh seed lost the first set before winning 6-7 (4/7), 6-3, 6-2 to ruin Sakkari's hopes of becoming the first Greek woman to reach the last eight of a Grand Slam. The 2019 finalist Kvitova will face either Australia's world number one Barty or the American 18th seed Alison Riske next in Melbourne.

"I had to fight pretty hard."

The 22nd-seeded Sakkari made a fast start, breaking the more experienced Kvitova in the first game in just two minutes at a sunny Rod Laver Arena.

Cheered on by a band of boisterous Greek supporters, the 24-year-old displayed few nerves despite never getting this far in 16 previous Grand Slam appearances.

Kvitova, who suffered severe injury to her left hand -- her playing hand -- in a knife attack at her home in 2016, had not dropped a set in reaching the last 16.

The 29-year-old broke back for 5-5, but Sakkari did likewise for 6-5 with a terrific backhand pass that landed plum on the line.

But, as formation jets roared low in the sky to mark Australia Day, the Greek was unable to serve out the set, forcing the tie-break.

Sakkari, whose only WTA title came in Rabat in May, clinched the set in 52 minutes.

Both players struggled on their serves, exchanging breaks throughout the second set and the animated Greek lost her cool as she went 4-3 down, slamming her towel on her chair.

Kvitova displayed the cooler head, winning the set to force a decider when Sakkari double-faulted, before racing to victory in the third set.

Comments
Topics mentioned in this article
Petra Kvitova Ashleigh Barty Tennis
Get the latest updates on India vs Australia Series, check out the India vs Australia Schedule for 2020-21 and Ind vs Aus live score . Like us on Facebook or follow us on Twitter for more sports updates. You can also download the NDTV Cricket app for Android or iOS.