The former US Open champion can take the eighth and final qualification spot for London from Pablo Carreno Busta if he reaches the semi-finals at Bercy, and he will face either John Isner or sixth seed Grigor Dimitrov in the last eight. 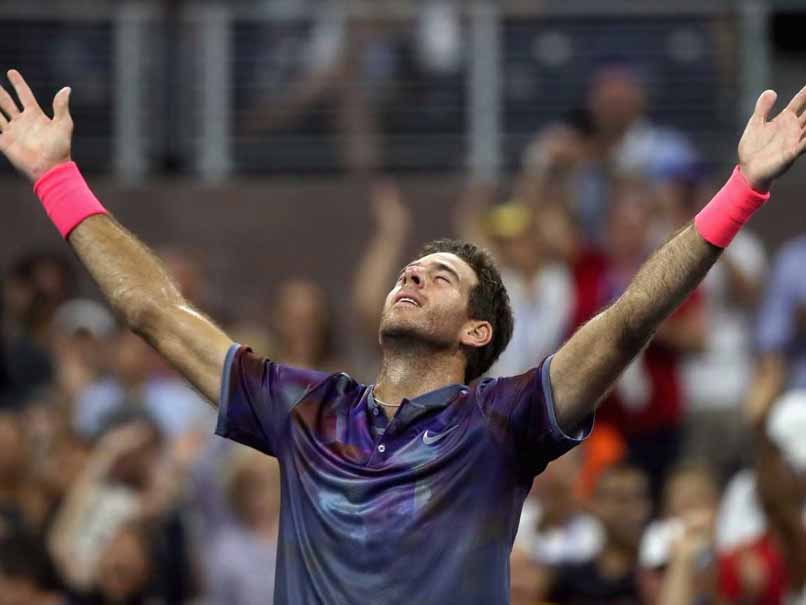 Juan Martin del Potro is relishing the 'battle' to qualify for the World Tour Finals after beating Robin Haase 7-5, 6-4 in the Paris Masters last 16 on Thursday. The former US Open champion can take the eighth and final qualification spot for London from Pablo Carreno Busta if he reaches the semi-finals at Bercy, and he will face either John Isner or sixth seed Grigor Dimitrov in the last eight. "It's going to be a good battle next round trying to qualify for London," said Del Potro.

"But anyways, I think I have two ways to take, one is London, one is my home and vacation.

"Both ways are great to me, but of course, I would love to reach London once again."

The 13th-seeded Argentinian had little trouble in seeing off Dutchman Haase, who had notched his first win over a top-five player against Alexander Zverev on Wednesday.

Three successive breaks of serve left Del Potro serving for the first set, which he took on his fourth set point.

The 29-year-old grabbed the crucial break in game five of the second set, before closing out a comfortable victory.

Del Potro, who was 47th in the 'Race to London' standings before the US Open, is now one win away from reaching his fifth semi-final in six events.

His incredible run of form included a victory over Roger Federer en route to the last four at Flushing Meadows and a second straight Stockholm Open title.

If Del Potro reaches the Paris semis, Frenchman Lucas Pouille would have to win the tournament to deny him a spot at the year-ending eight-man event for the first time since 2013.

Del Potro has suffered from a long list of injuries since he broke through with US Open glory eight years ago and was ranked 590th at the end of 2015, but he now stands on the brink of a return to the world's top 10.

"It could be a fantastic moment for me," he added.

"I didn't expect to get this close to qualifying for London.

"And everything is very amazing after all my problems, all my injuries... I love to surprise myself, and that's what I'm doing now."

The 33-year-old left-hander had never previously been past the third round in Paris, but he progressed to a last-eight clash with either American Jack Sock or Pouille, who play later on Thursday.

Comments
Topics mentioned in this article
Juan Martin del Potro Tennis Alexander Zverev Grigor Dimitrov
Get the latest updates on ICC T20 Worldcup 2022 and CWG 2022 check out the Schedule, Live Score and Medals Tally. Like us on Facebook or follow us on Twitter for more sports updates. You can also download the NDTV Cricket app for Android or iOS.