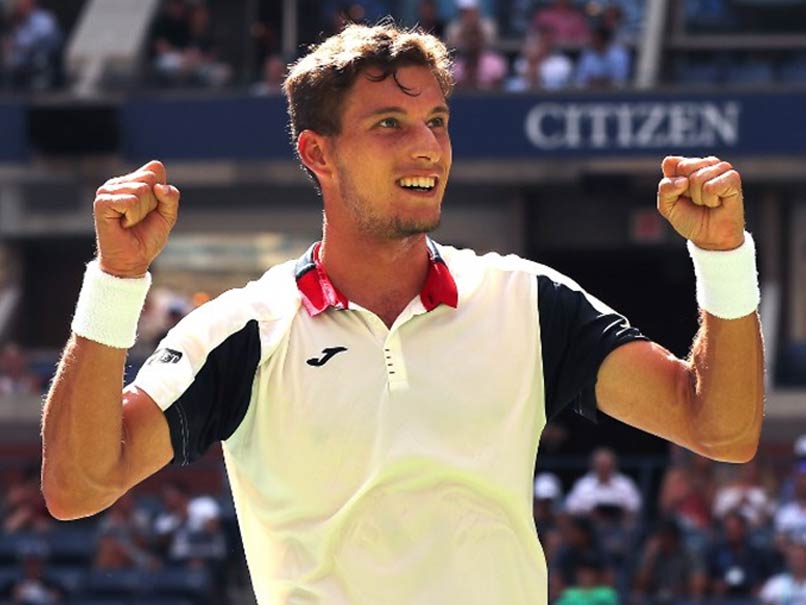 Spanish 12th seed Pablo Carreno Busta, who has not dropped a set at the US Open, advanced to his first Grand Slam semi-final on Tuesday by defeating Argentine 29th seed Diego Schartzman 6-4, 6-4, 6-2. Carreno Busta, the first player to face four qualifiers in any Grand Slam, booked a Friday semi-final against the winner of a night match between South African 28th seed Kevin Anderson and 17th-seeded American Sam Querrey, whose first Slam semi-final in was July at Wimbledon. "Incredible," Carreno Busta said. "It's something that I always dreamed about but something I never thought was going to arrive here. It's a great feeling."

While legends Roger Federer and Rafael Nadal are each one win from meeting for the first time at the US Open in a potentially epic semi-final on the other half of the draw, this side is guaranteed to produce a first-time Slam finalist.

"It would be fantastic to play him in the final," Carreno Busta said of facing countryman Nadal in the final. "But we have to play step by step."

Carreno Busta broke at love to open the match and again to lead 5-2 on the way to taking the first set in 38 minutes.

After an early exchange of second-set breaks, Carreno Busta broke to 5-4 and held to claim the set, then broke at love on a double fault to open the third set.

The Spaniard denied Schwartzman on a break point in the fourth game, and on 6-of-8 in the match, then broke again in the seventh game before holding for victory in just under two hours.

Schartzman, at 5ft 7in (1.70m), was the shortest Slam quarter-finalist since same-height Peruvian Jaime Yzaga at the 1994 US Open.

She would be the oldest women's Grand Slam semi-finalist since Martina Navratilova at Wimbledon in 1994 and the eldest in US Open history.

Kvitova, who leads their career rivalry 4-1, is battling back following a five-month absence after injuring her left hand when attacked by a knife-wielding home intruder last December.

The winner will face either 83rd-ranked American Sloane Stephens, who missed 11 months with a left foot injury before returning at Wimbledon, or Latvian 16th seed Anastasija Sevastova.

Four American women, also including Madison Keys and CoCo Vanderweghe, have reached the quarter-finals for the first time since 2002 and they could produce the first all-US semi-finals in New York since 1981.

Estonian 418th-ranked qualifier Kaia Kanepi has matched Barbara Gerken from 1981 for the deepest run by any US Open women's qualifier. No male or female qualifier has ever reached a US Open semi-final.

What began as an eight-woman fight for the world number one ranking at the US Open is down to two.

Czech Karolina Plishkova, the reigning number one and last year's US Open runner-up, must reach this year's final or lose the top spot to already-ousted Garbine Muguruza, the reigning Wimbledon champion.

Comments
Topics mentioned in this article
Pablo Carreno Busta Roger Federer Rafael Nadal Sam Querrey Tennis
Get the latest updates on ICC Women's Cricket World Cup 2022 and IPL 2022, check out the Schedule , Live Score and IPL Points Table. Like us on Facebook or follow us on Twitter for more sports updates. You can also download the NDTV Cricket app for Android or iOS.