Top seed Novak Djokovic won 7-5, 6-2, 6-2 and will face Dominic Thiem on Friday in what will be his 35th Grand Slam semifinal. 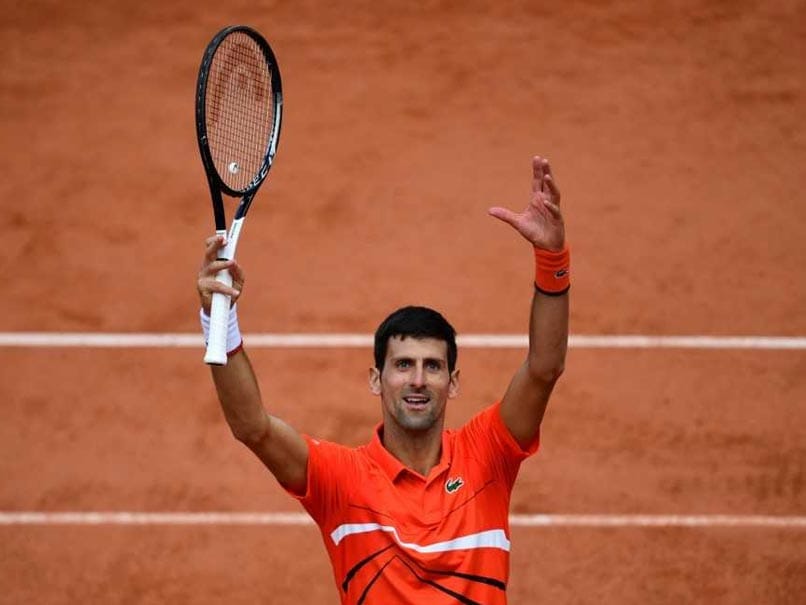 Novak Djokovic reached his ninth Roland Garros semi-final Thursday, sweeping past Alexander Zverev to keep his bid to become just the second man to hold all four Slams at the same time twice firmly on track. Top seed and world number one Djokovic won 7-5, 6-2, 6-2 and will face Austrian fourth seed Dominic Thiem on Friday in what will be his 35th Grand Slam semi-final. Thiem reached the semi-finals for a fourth successive year with a 6-2, 6-4, 6-2 victory against Russian 10th seed Karen Khachanov.

"It was a big challenge for me today but I was hitting the ball more cleanly," said 32-year-old Djokovic.

"It's a great joy to be in the semi-finals again."

The problem for Djokovic now in his pursuit of a second title in Paris and 16th major is the weather.

Heavy rain is forecast to hit Paris again on Friday after Wednesday's washout.

"I just have to keep my concentration and stay in the moment. I hope to continue like this," said the Serb.

Friday's other semi-final will see Rafael Nadal and Roger Federer resume their great rivalry, meaning this is the first time the top four seeds have all reached the last four at a Grand Slam since the 2013 Australian Open.

The last time Djokovic made the semi-finals was 2016 when he went on to win the title.

He has a 6-2 career lead over Thiem and beat the Austrian in the Rome semi-finals in the run-up to Paris.

However, Thiem came out on top in the Roland Garros quarter-finals in straight sets in 2017.

Fifth seed Zverev, bidding to reach a maiden Slam semi-final and become the first German in the last-four in Paris since Michael Stich in 1996, made the stronger start.

The 22-year-old had break points in the third and fifth games of the opening set and finally broke through for a 5-4 lead.

But top seed Djokovic levelled immediately before claiming the set on a Zverev double fault.

Djokovic dominated the second set as breaks in the second and eighth games were enough to tighten his grip.

The world number one saved two more break points in the opening game of the third set and again made the German pay with a break for 4-2.

Zverev's 40th and last unforced error proved to be the final point of the one-sided quarter-final.

"I had chances in the first set but he broke back and was in control," said the German.

"When he's in control, he's tough to beat. He's number one for a reason.

"I expected more from this tournament but once the first set slipped away, it was difficult."

Thiem was utterly dominant on Court Suzanne Lenglen, hammering 29 winners, as his erratic opponent contrived to tally 37 unforced errors and only 17 winners.

"The key was to control the points. I'll be ready to maybe come back here tomorrow. This is one of my favourite courts in the world," said the 25-year-old, who is chasing a maiden Grand Slam title.

Khachanov had impressed in a fourth-round victory over Juan Martin del Potro, but was never in with a chance in the quarter-final, which was delayed from Wednesday due to rain, dropping serve twice in the opening set.

He managed to get to 4-4 in the second, only to see Thiem reel off eight of the next 10 games and seal a last-four spot without even facing a break point in the match.

Novak Djokovic Dominic Thiem Tennis
Get the latest updates on SA vs IND 2021-22, check out the Schedule and Live Score . Like us on Facebook or follow us on Twitter for more sports updates. You can also download the NDTV Cricket app for Android or iOS.