This is Novak Djokovic's fifth different stint atop the ATP rankings. He spent 122 consecutive weeks as number one between July 2014 and November 2016. 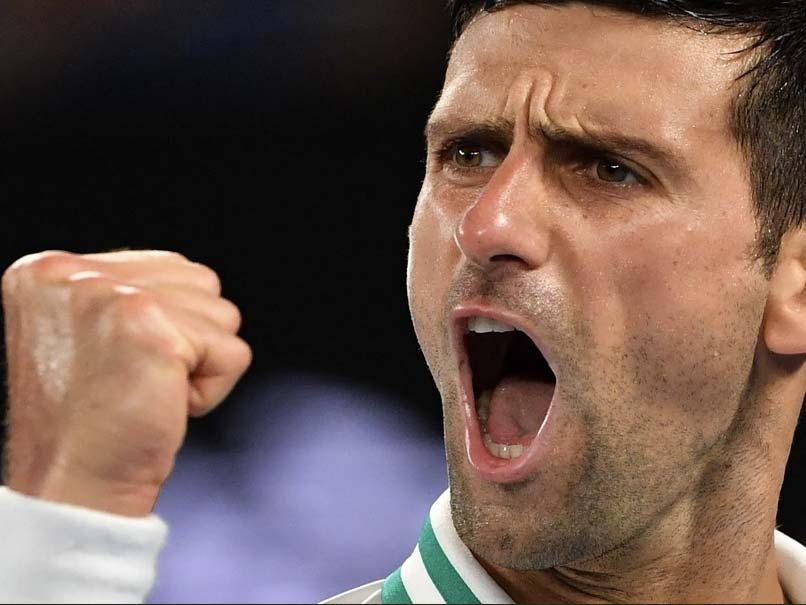 Novak Djokovic during his win against Daniil Medvedev in the Australian Open final.© AFP

Novak Djokovic matched Roger Federer's all-time record for the most weeks as ATP world number one on Monday, holding the top spot for the 310th week. Djokovic's ninth Australian Open title last month ensured the 18-time Grand Slam champion will surpass Federer's record next week. The Serb reclaimed the top ranking from Rafael Nadal in February 2020 and finished as year-end number one for the sixth time, tying the mark set by Pete Sampras. This is Djokovic's fifth different stint atop the rankings. He spent 122 consecutive weeks as number one between July 2014 and November 2016. That record is currently held by Federer (237).

The only change in the top 20 on Monday saw David Goffin, who won his first title in over three years at Montpellier on Sunday, rise one spot to 14th at the expense of Milos Raonic.

ATP rankings as of March 1:

Novak Djokovic Rafael Nadal Dominic Thiem Stefanos Tsitsipas Daniil Medvedev Tennis
Get the latest updates on ICC T20 Worldcup 2022 and CWG 2022 check out the Schedule, Live Score and Medals Tally. Like us on Facebook or follow us on Twitter for more sports updates. You can also download the NDTV Cricket app for Android or iOS.