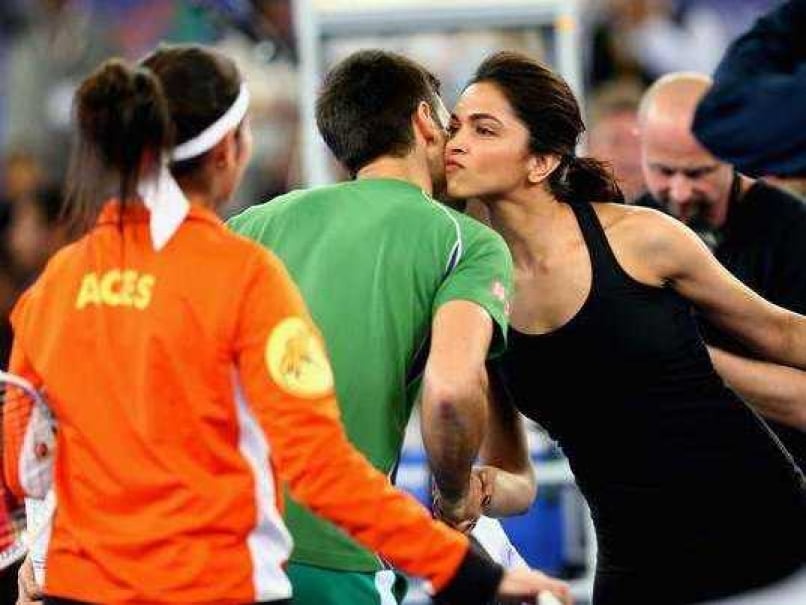 This picture was posted by @NovakFanClub on Twitter.© PTI

Denim-clad Novak Djokovic was spotted with Bollywood actress Deepika Padukone at a high-profile Los Angeles bar on Tuesday night. Interestingly, the foreign media didn't know who Deepika was. The Daily Mail, in its report on Wednesday, called the high-profile Indian actress "a female companion." (Click here for latest Tennis stories)

"The world number one tennis player appeared to have had a great night as he was pictured exiting the bar -- popular among LA's A-lister set -- in the dark hours of the evening with a female companion," wrote The Daily Mail. Djokovic visited the The Nice Guy (bar) after watching a basketball match between Los Angeles Lakers and Orlando Magic.

Deepika, daughter of badminton legend Prakash Padukone, has been seen with tennis stars before. In December 2014, Deepika was part of a Bollywood team that added glamour to the International Premier Tennis League. She took part in an exhibition match that also featured Roger Federer and Djokovic.

Comments
Topics mentioned in this article
Novak Djokovic Tennis
Get the latest updates on ICC T20 Worldcup 2022 and CWG 2022 check out the Schedule, Live Score and Medals Tally. Like us on Facebook or follow us on Twitter for more sports updates. You can also download the NDTV Cricket app for Android or iOS.