Novak Djokovic In, Bianca Andreescu Out As US Open Loses 2019 Champions

The US Open will lack both reigning champions in Rafael Nadal and Canada's Bianca Andreescu. 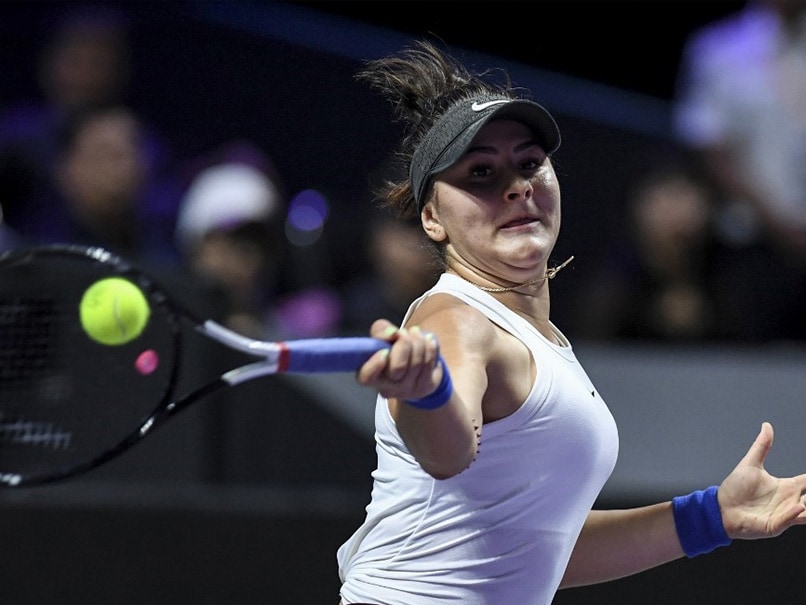 Novak Djokovic boosted the US Open by saying Thursday he will play in the Grand Slam tennis event while reigning women's champion Bianca Andreescu joined a host of notable no-shows. Top-ranked Djokovic, a 17-time Slam singles champion, ended speculation by saying he would travel to New York on Saturday and play a tuneup event inside a COVID-19 quarantine bubble on the Flushing Meadows grounds ahead of the US Open start on August 31. "It was not an easy decision to make with all the obstacles and challenges on many sides," three-time US Open winner Djokovic said.

"But the prospect of competing again makes me really excited."

The 33-year-old Serbian will be the only member of the "Big Three" at Arthur Ashe Stadium, with reigning champion Rafael Nadal -- a four-time winner -- deciding already not to defend his 2019 title and five-time champion Roger Federer out with a knee injury.

The three stars have won 40 of the past 51 men's Grand Slam titles, including the past 13 in a row.

Nadal has won 19 men's Slam crowns, one shy of Federer's record, while Djokovic has won five of the past seven.

Britain's Andy Murray, the 2012 US Open champion, will compete.

The US Open will lack both reigning champions in Nadal and Canada's Andreescu, who said Thursday she will not defend her crown because she has been unable to properly prepare, in part because of the pandemic.

"After many discussions with those closest to me, I have made the difficult decision not to return to New York this year," Andreescu said in a statement.

"I have taken this step in order to focus on my match fitness and ensure that I return ready to play at my highest level."

"The US Open victory last year has been the high point of my career thus far and I will miss not being there," Andreescu said.

"However, I realize that the unforseen challenges, including the COVID pandemic, have compromised my ability to prepare and compete to the degree necessary to play at my highest level."

Williams, a 23-time Grand Slam champion, will compete in the US Open as she tries to match Margaret Court's all-time Slam titles record and capture a seventh crown at Flushing Meadows.

Williams rallied to defeat sister Venus Williams 3-6, 6-3, 6-4 on Thursday in a second-round match at the WTA event in Kentucky, the first US tournament since the pandemic shutdown.

"I wanted to win this for my game and my confidence," said Serena.

"I honestly didn't come here to win (a title) for the first time in my career. I just came here to get some matches."

It's a return to competition for Djokovic after he hosted a charity event in June where he and several other players tested positive for COVID-19.

"I am aware that this time around it will be very different with all the protocols and safety measures that are put in place to protect players and people," Djokovic wrote in his website.

"Nevertheless, I have trained hard with my team and got my body in shape so I am ready to adapt to new conditions."

The US Open site housed a makeshift COVID-19 hospital earlier this year as the pandemic that shut down tennis and other sports had its first major US outbreak in New York.

Novak Djokovic Roger Federer Serena Williams Tennis
Get the latest updates on Fifa Worldcup 2022 and check out  Fifa World Cup Schedule, Stats and Live Cricket Score. Like us on Facebook or follow us on Twitter for more sports updates. You can also download the NDTV Cricket app for Android or iOS.