Naomi Osaka said she was not satisfied with back-to-back majors Sunday and hoped to complete a "Naomi Slam". 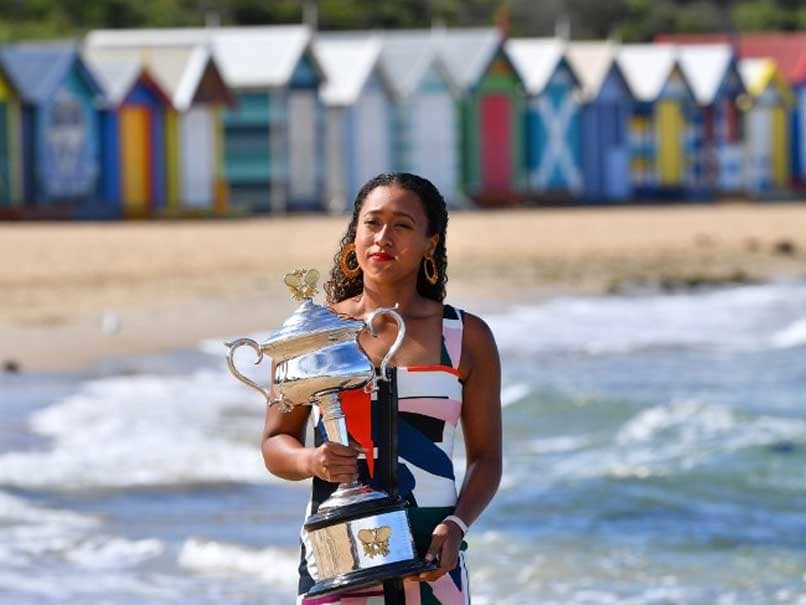 Newly-minted Australian Open champion Naomi Osaka said she was not satisfied with back-to-back majors Sunday and hoped to complete a "Naomi Slam" after her success at Melbourne Park. The 21-year-old laughed off suggestions her meteoric rise had put her under pressure, saying she was relishing the big time after rising from 72 in the world to number one in the past 12 months. Japan's Osaka becomes the first Asian to hold the top ranking after downing Czech Petra Kvitova in a tight final on Saturday night and adding the Australian crown to the US Open title she won last year.

"This feels more like I'm used to it now," she told reporters as she posed with the trophy at a Melbourne beach on Sunday,

"I know that sounds a bit strange because this is only the second one but the first time I won it definitely felt a bit more unreal."

While her maiden Grand Slam was marred by losing finalist Serena Williams' umpire-baiting histrionics and boos from the Flushing Meadows crowd, Osaka was allowing her follow-up success in Melbourne to soak in.

"It means a lot. I think moments like this are what you train for as a little kid to play the Grand Slams," she said. "To win another one is definitely a dream come true."

The rising star said she was hungry for more Slam titles.

"The way the tennis world is, there's always the next tournament, the next Slam, and we all just want to keep training hard and winning more," she said.

'Go with the flow'

Osaka became the first woman to win successive majors since Serena Williams in 2015 and the youngest since Martina Hingis in 1998.

Williams went on to complete her second "Serena Slam" -- holding all four majors in the same 12 month period -- and Osaka was excited about the prospect of claiming the French Open and Wimbledon for a "Naomi Slam".

"I'm not going to lie and say that thought hasn't crossed my mind," Osaka said. "But I don't know.

"For me, I just have to take it one tournament at a time, especially Indian Wells is coming up and I won that tournament last year. I feel like I have to think about that."

Osaka was unfazed by the attention she was receiving, saying she was in the spotlight even when her ranking was languishing in the 70s.

She said it was misleading to view her rise as an overnight success.

"I guess looking from the outside, from your guys' view, it does," Osaka said.

"For me, every practice and every match that I've played, it feels like the year is short and long at the same time.

"I'm aware of all the work that I put in. I know all the sacrifices that every player does to stay at this level.

"In my opinion, it didn't feel fast. It felt kind of long."

Osaka said she had learned about resilience at the Australian Open after completing three three-setters on her way to the title, likening herself to "a robot" in the final set against Kvitova.

Quizzed about off-court pressure that accompany life as a tennis superstar, Osaka said she preferred to concentrate on her game.

"I feel like I'm going with the flow. That's sort of been my motto my whole life," she said.

Comments
Topics mentioned in this article
Petra Kvitova Serena Williams Tennis
Get the latest updates on India vs Australia Series, check out the India vs Australia Schedule for 2020-21 and Ind vs Aus live score . Like us on Facebook or follow us on Twitter for more sports updates. You can also download the NDTV Cricket app for Android or iOS.