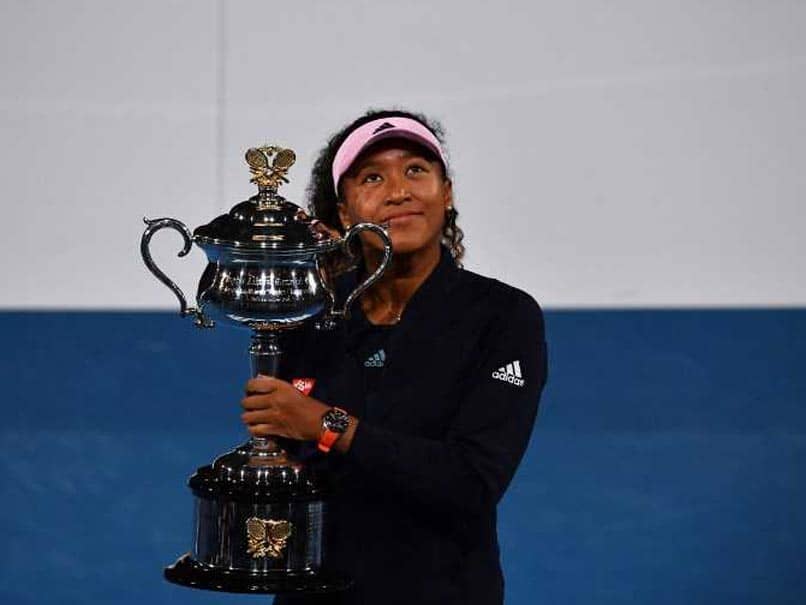 Japan's Naomi Osaka said she was "in a state of shock" Saturday after holding her nerve to battle past Petra Kvitova to win the Australian Open in a three-set thriller that also delivered her the world number one ranking. The fourth seed and US Open champion triumphed 7-6 (7/2), 5-7, 6-4 in a 2hr 27min epic over the Czech eighth seed to claim back-to-back Grand Slams and become the first Asian, male or female, to hold the top spot.

The Japanese youngster fell to one knee in celebration, head bowed, as Melbourne Park erupted in thunderous cheers. "I felt like I was in a state of shock through the entire trophy presentation," the 21-year-old said. A rattled Osaka almost blew her title hopes with one hand on the trophy when she failed to convert three championship points leading 5-3 in the second set.

The never-say-die Kvitova forced a deciding set before Osaka finally edged ahead with a decisive break early in the third. "Of course I felt very disappointed and sad when I had three match points," she said.

Her jubilation was a marked contrast to Osaka's maiden Slam win last year, when she tearfully hid her face as boos rang around Flushing Meadows in the wake of losing finalist Serena Williams' tirade at the umpire. This time, Osaka cried with joy and smiled as she became the youngest woman to win back-to-back majors since Martina Hingis in 1998 and the youngest number one since Caroline Wozniacki in 2010.

Her gutsy performance confirms her status as the leading light of tennis' new generation.

Kvitova can console herself with a career-best performance at Melbourne Park, where she did not drop a set on her way to the final.

It was her first Grand Slam decider since a burglar slashed her racquet hand in a 2016 knife attack and the Czech has shown she is again a contender at the majors.

"Thank you for sticking with me even when we didn't know if I would able to hold a racquet again," Kvitova told her team, with her voice cracking.

"It's crazy. I can hardly believe that I just played in a Grand Slam final again."

Predictions of a slugfest between two of the game's biggest hitters proved accurate as the pair went toe-to-toe in the first set.

They had never met before and Osaka initially struggled to unlock the lanky left-hander's serve, while Kvitova at times could not handle her opponent's powerful returns.

The Czech mixed up her game with drop shots and changes of pace but blew three break chances in a crunch sixth game in the first set.

Kvitova saved two set points to force a tie-break but Osaka ran away with it 7-2, taking the first set the Czech had conceded in the entire tournament.

Kvitova regrouped and kept her hopes alive with the first break of the match, going up 2-0 in the second.

Osaka was frustrated but did not panic, going back on level terms in the next game after benefiting from a Kvitova double fault and poorly hit drop shot.

The Japanese star broke again to take control as Kvitova's error rate climbed, bringing up three championship points. But the Czech saved all of them, forcing Osaka to serve for the title.

Nerves took hold as Osaka conceded a break to make it 5-5, smashing a ball into the ground and putting her hands over her ears.

The Czech broke again to seize momentum with her fourth straight game, claiming the set as Osaka left the court with a towel draped over her head.

Osaka regained her cool and clipped a clean backhand winner to take a break point in the third game of the decider, going on to see off a Kvitova break opportunity, her mental demons put to bed.

Kvitova would not surrender, saving three break points before again forcing Osaka to serve it out, but the Japanese champion managed it on the second attempt for a famous victory.

Comments
Topics mentioned in this article
Petra Kvitova Tennis
Get the latest updates on India vs Australia Series, check out the India vs Australia Schedule for 2020-21 and Ind vs Aus live score . Like us on Facebook or follow us on Twitter for more sports updates. You can also download the NDTV Cricket app for Android or iOS.