Naomi Osaka split with Sascha Bajin, who led her to a pair of Grand Slam titles as well as the world number one ranking over the past year. 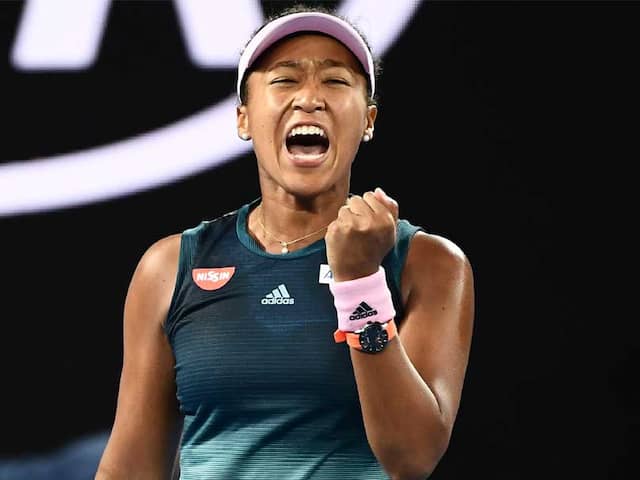 Naomi Osaka confirmed her decision is final and she has moved on.© AFP

Naomi Osaka said she would not prioritise "success over happiness" following the surprise sacking of her coach as she heads into the Dubai Championships as top seed for the first time. The US and Australian Open champion this week split with Sascha Bajin, who led her to a pair of Grand Slam titles as well as the world number one ranking over the past year. As she prepared to start as top seed in Dubai, Osaka only sketched in a few details as to why she ended her hugely successful partnership with Bajin.

"Everyone thinks it was a money-related issue, but it wasn't," the Japanese player said.

"That's one of the most hurtful things I've ever heard.

"I travel with everyone on my team, I see them more than my family. I would never do that to them.

"I think my reason is I wouldn't put success over my happiness - that's my main thing."

Osaka is trying to take the high road in the affair, concentrating on her tennis as she heads a Dubai field with last month's Australian Open finalist Petra Kvitova seeded second and former top-ranked Simona Halep third.

"I'm not going to say anything bad about him (Bajin), I'm really grateful for all the things that he's done."

Osaka drew a line under the uncomfortable topic by adding: "If anything, you would have to see or ask him."

The introverted 21-year-old, who has turned the tennis hierarchy on its head since standing 72nd little more than a year ago before her breakthrough under Bajin's guidance, said there were rumblings of discontent in the arrangement during the Melbourne fortnight.

"It (the sacking) was kind of brewing in Australia. I think some people could see that if they saw how we interacted.

"I would not want to split on really bad terms; he is the person who made me open up more to people. I didn't want it to be really, like, hard stopping."

She confirmed her decision is final and she has moved on.

"I felt really happy. I'm surrounded by people that genuinely care. They have such positive energy. I'm really grateful for everyone that's around me at this time."

She said that the search for a new coach will begin within weeks: "It's not really ideal to go to Indian Wells (in March) without a coach.

"All the people that I have right now, they're all willing to do the things that he (Bajin) does. I don't think it will be that much of a big deal."

Osaka and Kvitova are seeded for a repeat of their Australian Open final at the weekend on the hard courts in the Gulf.

Osaka will begin in the second round against France's Kristina Mladenovic, who defeated Oman's Fatma Al Nabhani 6-1, 6-1 on Sunday.

The field is rich with talent, featuring nine of the world's top 10, only fourth-ranked American Sloane Stephens will be missing.

"It's a big tournament. Every tournament is difficult. And this one is unbelievable. We have so many great players playing here. Of course, it's always tough to win a tournament," said Kvitova.

Two-time Wimbledon champion Kvitova, who gets a first round bye, has fond memories of Dubai, having won the title here in 2013.

"I missed Dubai last year. So I am happy to be back. You always have the best memories when you win a title."