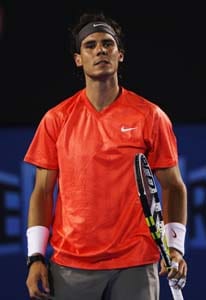 Barring injuries and late withdrawals the biggest line-up in recent years is expected in the Principality.

Six-time winner Nadal leads the way with the only big-name missing for the moment being Britain's Andy Murray, even though the Scot can still request a wild card as he did last year.

Ten of the top 15 players in the world are set to compete.

Comments
Topics mentioned in this article
Tennis Rafael Nadal David Ferrer Novak Djokovic Bernard Tomic Andy Murray Stanislas Wawrinka Roger Federer Monte Carlo
Get the latest updates on ICC T20 Worldcup 2022 and CWG 2022 check out the Schedule, Live Score and Medals Tally. Like us on Facebook or follow us on Twitter for more sports updates. You can also download the NDTV Cricket app for Android or iOS.