Martina Hingis and Jelena Jankovic are the star attractions in the upcoming Champions Tennis League on November 23. 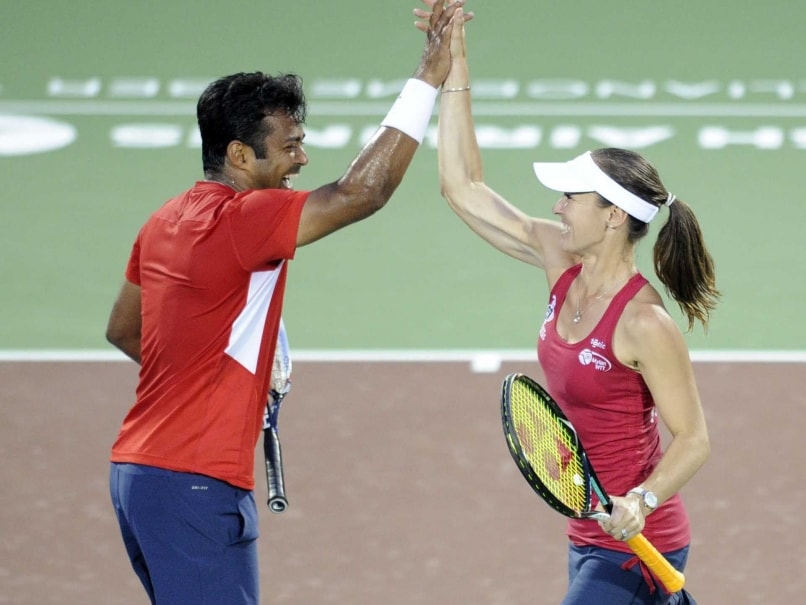 Martina Hingis will be part of the Hyderabad Aces in the Champions Tennis League.© AP
Hyderabad:

After a successful inaugural edition last year, the Vijay Amritraj-promoted tournament would begin in Mumbai and it will see 13 matches being played over a two-week period.

The event would conclude with a grand finale in Hyderabad on December six, Amritraj told reporters today.

"Each zone has three teams, where all teams play each other in a home and away format. The team winning the highest number of games in their respective zone will play each other in the grand finale to win the prize money of Rs one crore. The runner-up would win Rs 50 lakhs," he said.

The six teams include Punjab Marshalls, Mumbai Tennis Masters, Raipur Rangers, Nagpur Orangers, Hyderabad Aces and an yet to be announced sixth team.

"Over the years, I always said that we only had the Chennai Open as the international tennis event in India. Champions Tennis League brings international tennis, world class tennis to different cities across India. We have Indian Davis Cup players who are part of each team to participate alongside great champions.

"And, we will also have two juniors in each team, one boy and one girl, to learn and experience what it is to be alongside these great champions," Amritraj said.

Amritraj said the CTL is delighted to have Hingis, who has been having a great run for some time now in the company of India's star player Sania Mirza in the doubles category in international tennis.

"What Sania and Martina have achieved from March this year is finding a complementary partner in each other... I think both of these have combined extremely well to prove as to why they have been outstanding in doubles this year. So, we are delighted to have Martina Hingis back," said Amritraj.

Replying to a query, he said Indian players are doing well in doubles and that things need to improve in others.

"Because everyone there is in the top 20, top 25. So it is difficult unless you do that. Similarly, in the Fed Cup as well amongst women," he said.

Asked about India's medal prospects in the Rio Olympics, he said tennis is a "non-seasonal sport" that is played almost throughout the year and that the players mainly look forward to the next Grand Slam event.

The tennis players would not look forward to the Olympics like their counterparts in athletics would do, he said.

He, however, added that India stands a chance to win medals in tennis in the Olympics in the doubles category.