Sharapova sent scans of her injury to her doctor in New York, who advised her not to do any overhead training for at least a week. 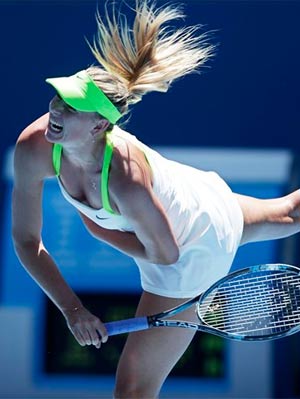 Reigning French Open champion Maria Sharapova was forced to withdraw from the season-opening Brisbane International on Tuesday with a right collarbone injury.

Sharapova sent scans of her injury to her doctor in New York, who advised her not to do any overhead training for at least a week.

"So to be fair I haven't really given myself a chance to pretty much hit any serves or anything over my head, I've just been practising groundstrokes. So I just kind of ran out of time here," said the Russian world number two.

It is the second year in a row that Sharapova has withdrawn from the tournament without playing a shot.

In 2012 she skipped Brisbane because of an ankle injury and went straight to Melbourne to prepare for the Australian Open, where she finished runner-up to Victoria Azarenka.

Sharapova said she would do the same this year, passing up the opportunity of playing in Sydney next week to make sure she is fit for Melbourne.

"I have my own fair share of experience and know that it's much more important to be healthy going into a big tournament like the Australian Open than go into something big with a lot of matches and feel like you're not prepared health-wise," said the 25-year-old, who pulled out of an exhibition tournament in South Korea last week.

Two more women's seeds fell by the wayside on Tuesday.

Comments
Topics mentioned in this article
Tennis Kim Clijsters Maria Sharapova Andy Murray
Get the latest updates on ICC T20 Worldcup 2022 and CWG 2022 check out the Schedule, Live Score and Medals Tally. Like us on Facebook or follow us on Twitter for more sports updates. You can also download the NDTV Cricket app for Android or iOS.