Maria Sharapova Knocked Out by Qualifier at Wuhan Open

Timea Bacsinszky beat Maria Sharapova in straight sets to register the biggest win of her career. 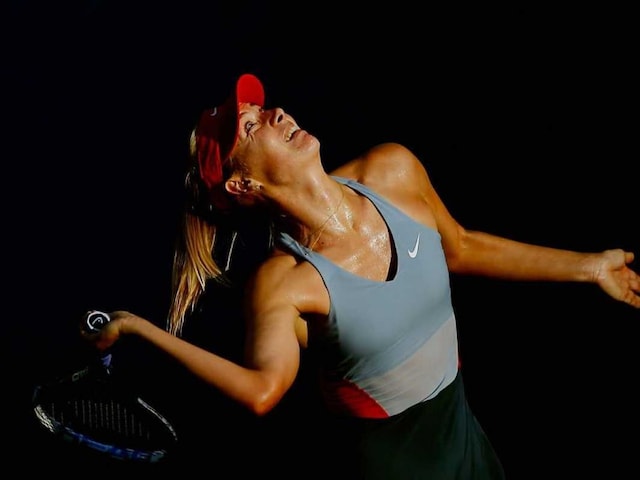 Maria Sharapova said her returns were not up to the mark against Swiss qualifier Timea Bacsinszky. © AFP
Wuhan:

Maria Sharapova was knocked out of the Wuhan Open by Swiss qualifier Timea Bacsinszky 7-6 (3), 7-5 in the third round on Wednesday.

Sharapova double-faulted six times in the first set, and was twice a break up in the second set, but couldn't shake off Bacsinszky, who earned the biggest win of her career with a win over the Russian ranked No. 4 in the world. Bacsinszky had two previous top-10 wins, the last in 2010, but both were by retirement.

"She had a really good serving day," Sharapova said of Bacsinszky. "I don't think I did much on my returns, something that's a strength of mine, and I just didn't feel like I used that to my advantage."

A day after advancing at the expense of an ill Serena Williams, Alize Cornet of France reached the quarterfinals by defeating Belgian wild card Kirsten Flipkens 7-6 (4), 1-6, 6-3. Flipkens led 3-1 in the last set.

World No. 3 Petra Kvitova won her first meeting with fellow Czech Karolina Pliskova 6-3, 2-6, 6-4. Kvitova lost her serve once in the lasr set but wore down Pliskova.

In the quarterfinals, Kvitova will meet Caroline Garcia of France, a 6-3, 6-2 winner against CoCo Vandeweghe of the U.S.

No. 7-seeded Angelique Kerber of Germany eased past Barbora Zahlavova Strycova of the Czech Republic 6-1, 6-1, and set up a quarterfinal against Elina Svitolina of Ukraine, who received a walkover when Garbine Muguruza of Spain couldn't compete due to gastroenteritis.

Comments
Topics mentioned in this article
Maria Sharapova Timea Bacsinszky Tennis
Get the latest Cricket news, check out the India cricket schedule, Cricket live score . Like us on Facebook or follow us on Twitter for more sports updates. You can also download the NDTV Cricket app for Android or iOS.