Lleyton Hewitt Comes Out of Retirement For Australia, But Loses Davis Cup Tie

Lleyton Hewitt replaced Sam Groth for Australia in Davis Cup tie against USA. But he and John Peers lost to Bob and Mike Bryan 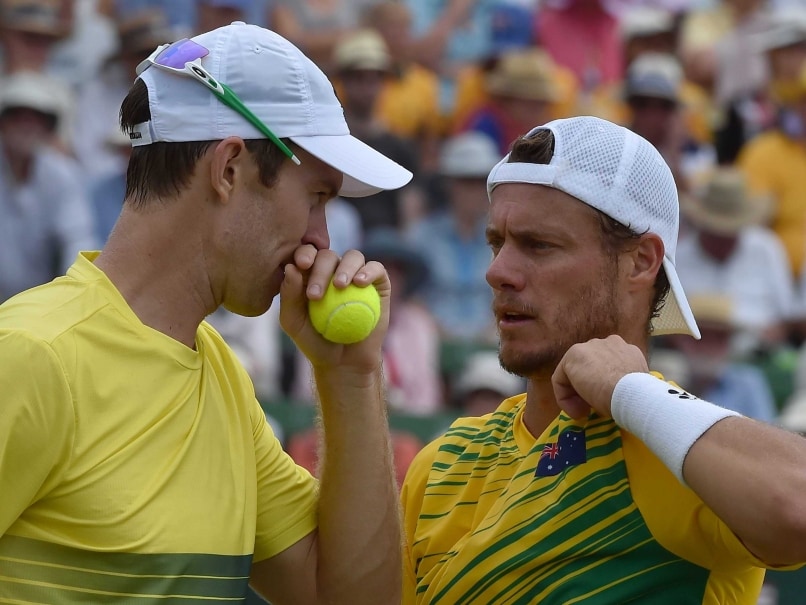 Hewitt, who announced he would be retiring after losing the second round at the Australian Open in January, partnered John Peers against Bob and Mike Bryan in Saturday's pivotal doubles rubber at Kooyong. The Bryan bothers won 6-3, 6-3, 4-6, 4-6, 6-3.

The win gave the United States a crucial edge over the Hewitt-inspired Australians at Kooyong on Saturday.

The 16-time Grand Slam doubles champions looked to be cruising to victory, breezing through the opening two sets before Hewitt and debutant John Peers fought their way into a fifth set.

But the American twins proved too strong in the deciding set, winning in two hours 30 minutes to give their team a vital 2-1 lead in the best-of-five rubber tie.

Jim Courier's Americans can wrap up the first-round tie on Kooyong's grass court with just one more victory in Sunday's reverse singles through their top-rated John Isner or Jack Sock.

Hewitt came out of his short-lived retirement to play in his 42nd Davis Cup tie, replacing Sam Groth from the nominated doubles combination and the gamble looked like paying off as he and Peers seized the momentum and took the match into a fifth set.

But the Bryans finished clinically, breaking Peers's opening service game to lead 2-0 and then rolled through the final set in just 26 minutes to sweep to victory.

It took the accomplished Bryan brothers' record in the Davis Cup team competition to 24-4 in the doubles since their debut for their country in 2003.

They targeted 35-year-old Hewitt early in the match and broke his service twice to lead two sets to love.

But the big-hearted Australian legend inspired a tenacious comeback with the impressive newcomer Peers to ignite the home crowd and give the Australians a sniff of an upset win.

However, the Bryans regained control and the momentum to win on their fourth match point on left-handed Bob Bryan's serve.

Bernard Tomic will attempt to keep the home tie alive when he takes on world number 11 Isner in the first of the reverse singles on Sunday.

Hewitt will then have a big decision to make as to whether he plays the big-serving but out-of-form Groth, who faded away in straight sets to Isner on Friday, or put himself forward in the potential tie-deciding singles match against Sock.

Comments
Topics mentioned in this article
Lleyton Hewitt Tennis
Get the latest updates on ICC T20 Worldcup 2022 and CWG 2022 check out the Schedule, Live Score and Medals Tally. Like us on Facebook or follow us on Twitter for more sports updates. You can also download the NDTV Cricket app for Android or iOS.