Jo-Wilfried Tsonga Pulls Out of Rome But Seeds Progress

French tennis player Jo-Wilfried Tsonga said he pulled out of Rome Masters due to a training injury. 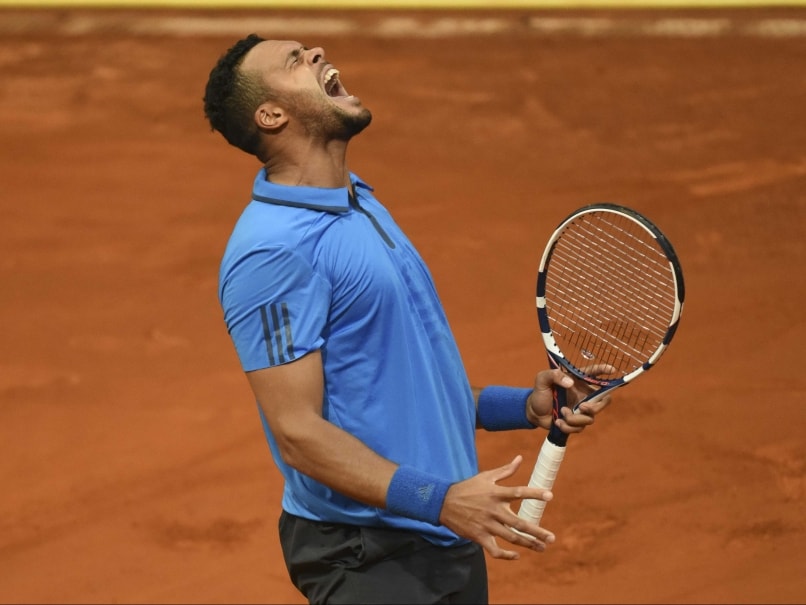 Jo-Wilfried Tsonga has pulled out of Rome Masters citing an injury.© AFP

A pair of men's seeds booked second-round spots at the Rome Masters on Monday as Frenchman Jo-Wilfried Tsonga pulled the plug on his participation due to a training injury.

The sudden adductor problem with less than a fortnight left before the French Open is not good news for the seventh seed.

On court there were wins for Canadian tenth seed Milos Raonic, and 11th seed Richard Gasquet as second seed Andy Murray landed in Rome after splitting from coach Amelie Mauresmo a day after he lost the Madrid final to Novak Djokovic.

Tsonga said he would work to be fit for the start of Roland Garros.

"I was sick when I left Madrid for two days, and I came here and I tried to play a little bit to see how it goes," Tsonga said.

"This morning I just stretched a little bit my adductor."

Tsonga lost in the Madrid third round to Raonic and played a Monte Carlo semi-final against compatriot Gael Monfils last month.

"This is not something good to be a little bit injured before Roland Garros. I hope I will have the chance to recover quick enough to prepare as good as possible."

Raonic defeated Italian Marco Cecchinato 6-4, 4-6, 6-4 to line up a massive challenge against Nick Kyrgios in the next round.

Kyrgios hammered Italian wild card Salvatore Caruso 6-1, 6-2 after reaching the semi-finals in Estoril and the Madrid quarter-finals in his last two clay events.

"Clay is probably my least preferred surface, to be honest. But I actually don't play too bad on it. I think it suits my game quite well," the Australian said.

"It gives me time to set up and really go for my shots and then execute. If you've got a good serve you can serve for any surface."

Kyrgios said he had not spoken with slumping Bernard Tomic, whose habit of giving away matches and not trying his best is becoming a major cross to bear for the Aussie.

"I haven't really been hanging out with Bernard or speak to him too much," Kyrgios said. "I'm sure something is not right.

"He doesn't want to push it I think a couple weeks out from the French. that's the main target, and obviously Wimbledon following after."

Heavy hitters Kyrgios and Raonic stand level at 2-2 in their series, with the Australian winning the last two at Wimbledon last summer and Miami in March.

Murray meanwhile had broken ground as the first major ATP player to work with a female coach, which he did for almost two years with Mauresmo.

"I've learned a lot from Amelie over the past two years. She's been a calming influence in the team and we'll miss having her around," Murray said in a statement.

"I'll take some time to consider the next steps and how we progress from here, but I'd like to thank her for everything she has done, she's been an invaluable member of the team."

The relationship was interrupted last year as the Frenchwoman took time away to have a child, joining Murray by becoming a new parent last August.

Since then, her appearances in the team camp have been limited.

"That was my first time playing against Coco. I hit with her a little bit at Fed Cup but I was not really sure what to expect." William said.

"I imagine that on the clay I have a little bit more advantage, just having played more matches on clay. I think that helped a lot."

Comments
Topics mentioned in this article
Jo-Wilfried Tsonga Andy Murray Lucie Safarova Tennis
Get the latest updates on IPL 2021, check out the IPL 2021 Schedule and Indian Premier League Live Score . Like us on Facebook or follow us on Twitter for more sports updates. You can also download the NDTV Cricket app for Android or iOS.