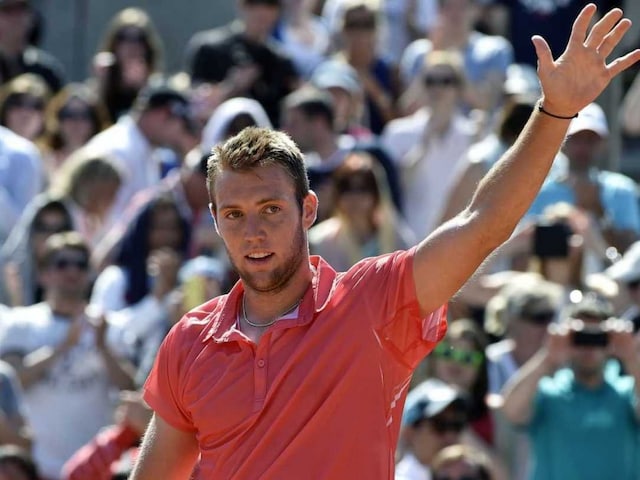 Jack Sock entered the final of the Houston Open for the second time when he defeated John Isner.© AFP

Sock will face Argentina's Juan Monaco in the final Sunday at River Oaks. The 23-year-old American has won 16 consecutive sets in the event dating to his first-round match last year.

"I love playing in this city, on this court. I love the clay," Sock said. "There's something about that little stadium there, it's a great atmosphere."

"I'm really happy to be here again in the final," said Monaco, an eight-time winner on the ATP Tour. "I was really focused, consistent from the baseline."

The 6-foot-10 Isner had treatment on his left knee twice during the match.

"My body is a little beat up," Isner said. "I haven't been healthy in a while. We'll see what I need to do. Got to pay the piper eventually."

"It was a battle from the first point to the last, but we feel like we played our best tennis down the stretch," Bob Bryan said. "It's nice to pull out some close wins after losing a few tight matches to start the season. We're looking forward to building momentum through the clay-court season."

The victory ended a 12-event drought since Montreal in August.

"It feels great to get over the hump and win No. 110 after a bit of title drought," Mike Bryan said. "There's no better place to do it than in Houston, where we've enjoyed so much success and had unbelievable fan support."

Comments
Topics mentioned in this article
Jack Sock Juan Monaco John Isner Tennis
Get the latest updates on IPL 2020, check out the IPL Schedule for 2020 and Indian Premier League (IPL) Cricket live score . Like us on Facebook or follow us on Twitter for more sports updates. You can also download the NDTV Cricket app for Android or iOS.