"It's Too Cold": French Open Start Hit By Bleak Weather

Victoria Azarenka led Danka Kovinic 2-1 before play was paused on Court Suzanne Lenglen after just 15 minutes amid gusting winds and temperatures of around 10 degrees (50F). 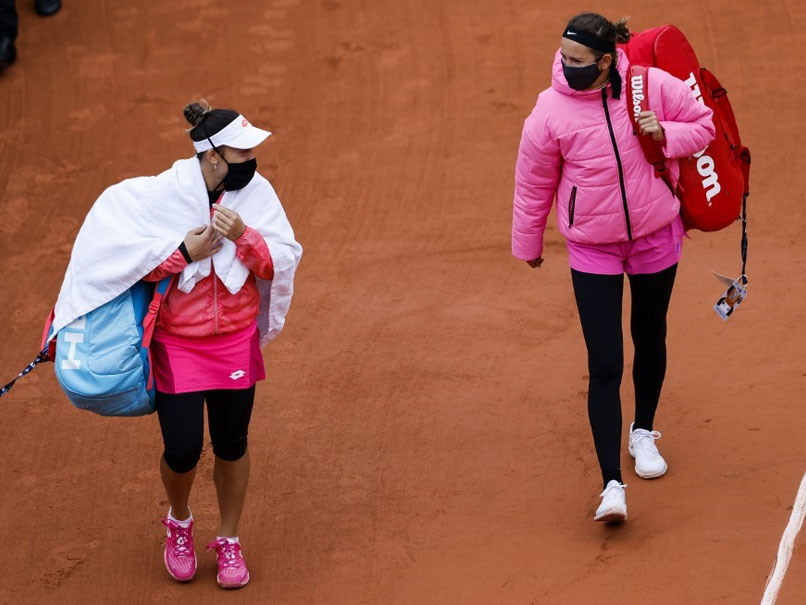 Victoria Azarenka walked off court three games into her French Open first round match complaining of the chilly conditions on a rainswept start to a tournament delayed four months by the coronavirus pandemic. The Belarusian 10th seed led Danka Kovinic 2-1 before play was paused on Court Suzanne Lenglen after just 15 minutes amid gusting winds and temperatures of around 10 degrees (50F). "This is getting a little ridiculous. It's eight degrees. I'm not waiting," said Azarenka, refusing to hang around "sitting like ducks" as the supervisor came out to inspect conditions.

"It's too cold. I live in Florida, I'm used to hot weather."

She added: "You guys are joking right? You don't see what's happening? You guys are not playing, so you have no idea.

"It's raining for like 15 minutes and we're playing, who cares? You can't hold your racket because it's so wet."

Despite the interruption on the second show court, play largely continued elsewhere at Roland Garros including on Philippe Chatrier under new the retractable roof.

The roof on the showpiece court has 11 metal and canvas sections, weighing 350 tons each for a total area of 10,000 square metres.

It can cover the sport's most famous clay court in 15 minutes, while allowing air to pass through the sides.

The roof cost 55 million euros ($64 million) and brings the French Open into line with the other three majors.

It could play a key role with a dreary forecast for the first week, vastly different to the warmer conditions in the tournament's traditional May-June time slot.

David Goffin, the 11th seed from Belgian, took on Italian teenager Jannik Sinner in the first match on Chatrier.

A resurgence of Covid-19 cases means that only 1,000 spectators will be allowed into the grounds each day.

Comments
Topics mentioned in this article
Victoria Azarenka Danka Kovinic Tennis
Get the latest updates on IPL Auction 2023 and check out  IPL 2023 and Live Cricket Score. Like us on Facebook or follow us on Twitter for more sports updates. You can also download the NDTV Cricket app for Android or iOS.