Switzerland's Stan Wawrinka crashed out of the Italian Open in the first round on Tuesday after a humiliating defeat to 18-year-old Italian Lorenzo Musetti. 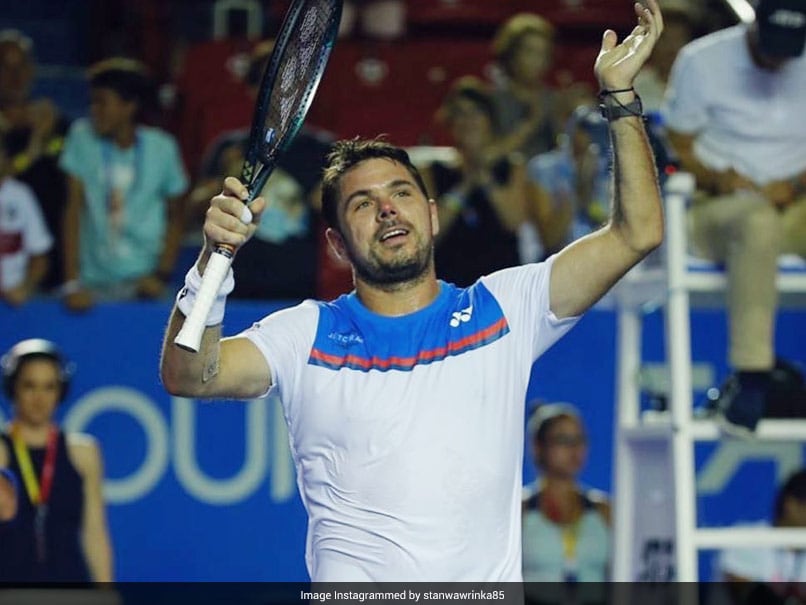 Switzerland's Stan Wawrinka crashed out of the Italian Openin the first round on Tuesday after a humiliating defeat to 18-year-old Italian Lorenzo Musetti. The three-time Grand Slam winner, the 10th seed in Rome, lost 6-0, 7-6 (7/2) against a player ranked 249th in the world. Wawrinka, at 35 the oldest player in the tournament, fought back after trailing 2-0 in the second set, but it was already too late to regain control. Musetti had only played one tour-level match before facing the former world number three in Rome, ousting Wawrinka after one hour and 24 minutes. "I have seen him play on television and I know he is a very tough player," said Musetti, who will next meet Kei Nishikori in the second round.

"I'm going to enjoy the victory before I start thinking about my match against Nishikori."

Musetti, the youngest player in the table, was born in 2002, the year Wawrinka took his first steps on the professional circuit.

His coach, Simone Tartarini said before the match it was an "impossible mission" for his young protege.

"But Lorenzo likes this kind of situation, so he's very motivated," he said.

Like Rafael Nadal, Wawrinka has given up on the American hard court tour at Cincinnati and the US Open.

His only competition since resuming after a six-month hiatus linked to the coronavirus pandemic was a Challenger tournament on clay in Prague.

The Rome tournament is a tune-up for the French Open in Roland Garros from September 27.

Nadal, after six months without official matches, will take on compatriot Pablo Carreno, a recent semi-finalist of the US Open.

Rublev hit 25 winners for his 20th match win of the season, winning two ATP Tour titles this year in Qatar and Adelaide before the season was suspended.

In the women's tournament Spaniard Garbine Muguruza dispatched American Sloane Stephens in straight sets with Russian Svetlana Kuznestova battling through for her first win since the tennis restart.

Muguruza, the 2016 French Open champion and seeded ninth in Rome, eased through 6-3, 6-3 behind closed doors on the red clay at the Foro Italico.

It was a tricky opener for Muguruza against former US Open winner Stephens who also has a pedigree on clay, reaching the final in Roland Garros two years ago.

She next meets 16-year-old American Coco Gauff, who got her first career main draw win on clay against Ons Jabeur of Tunisia 6-4, 6-3.

"I knew I had a tough match against Sloane," said Muguruza.

"I'm just happy with my performance since is just the third match I am able to play in a long time."

Gauff, ranked 53, struggled with her serve with seven double faults but battled back from a 4-2 deficit in the first set against her Tunisian rival who hit 29 unforced errors.

Former French Open winner Kuznetsova had a tougher battle with American Bernarda Pera before pulling through 3-6, 7-6 (7/3), 6-3.

The two-time Grand Slam champion came from a set and a break down and a 3-0 deficit in the tiebreak to set up a meeting with Estonian 14th seed Anett Kontaveit.

The switch from hard court at the US Open to clay proved tricky for former world number one Angelique Kerber, who reached the fourth round at Flushing Meadows.

Kerber, the 15th seed, fell 6-3, 6-1 to Czech Katerina Siniakova who next plays Daria Kasatkina of Russia.

Comments
Topics mentioned in this article
Stanislas Wawrinka Tennis
Get the latest updates on ICC T20 Worldcup 2022 and CWG 2022 check out the Schedule, Live Score and Medals Tally. Like us on Facebook or follow us on Twitter for more sports updates. You can also download the NDTV Cricket app for Android or iOS.