Roger Federer won through 6-4, 6-3 against the 72nd-ranked Portugal's Joao Sousa. 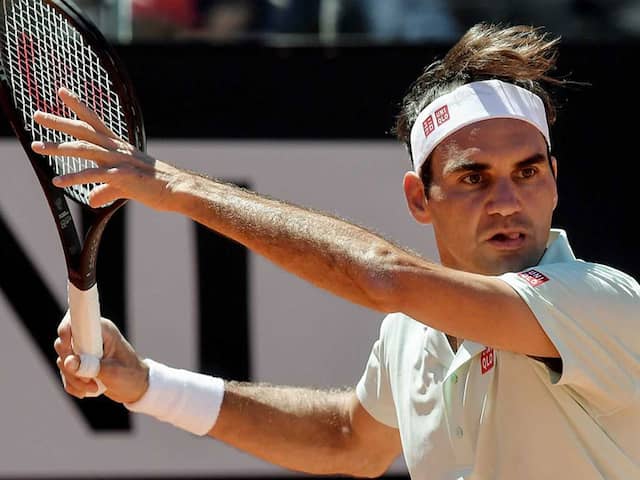 Roger Federer has returned to Italy after skipping the clay season for the last two years.© AFP

Rafael Nadal and Roger Federer registered convincing straight-set victories over their respective opponents to advance to the third round of the Italian Open on Thursday. While Rafael Nadal handed France's Jeremy Chardy a 6-0, 6-1 defeat, Roger Federer won through 6-4, 6-3 against the 72nd-ranked Portugal's Joao Sousa. In women's singles, World number one Naomi Osaka eased into the third round with a 6-3, 6-3 win after rain delays wiped out play on Wednesday in the joint ATP and WTA tournament. The eight-time Rome champion Rafael Nadal next meets Georgian Nikoloz Basilashvili, the 14th seed, later in the day for a place in the quarter-finals.

World number three Federer will play Croatian 13th seed Borna Coric. The four-time Rome finalist has returned to Italy after skipping the clay season for the last two years as he concentrated on his grass game.

The 21-year-old Osaka was first up after wintery conditions in the Italian capital wiped out an entire day's play with competitors now having to play two matches on Thursday.

The two-time Grand Slam winner won through 6-3, 6-3 in 1hr 42min for her fourth win in as many games against the 33rd-ranked Slovak who she also beat last week in Madrid.

The Japanese star fought back after losing her serve early in the first set, saving four break points in the second, hitting 44 winners and 12 aces, despite 25 unforced errors.

Osaka, who broke through by winning the US Open and Australian Open titles last year, reaches the third round in Rome for the first time in three appearances.

But she needs to make the quarter-finals at least if she wants to hold her world number one ranking.

Next up for the Japanese player on the red clay of the Foro Italico is either Germany's Julia Goerges or Romania's Mihaela Buzarnescu later on Thursday for a place in the quarter-finals.