Novak Djokovic will face either Argentine eighth-seed Diego Schwartzman or Canadian Denis Shapovalov, the 12th seed, in the final of the Italian Open. 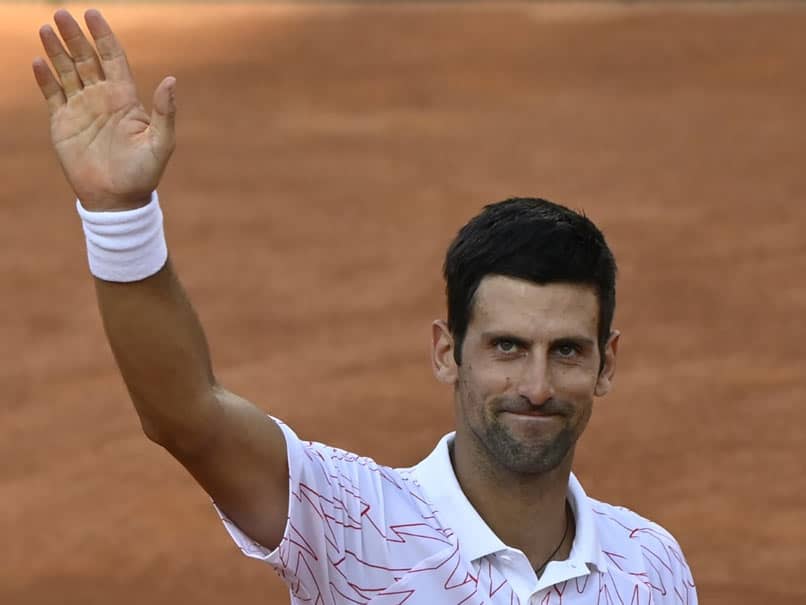 Top men's seed Novak Djokovic advanced to the final of the Italian Open for the 10th time on Sunday with a straight sets win over Casper Ruud. The world number one came through 7-5, 6-3 to advance to the final of the clay-court tournament he has won four times. Djokovic will also bid for a record 36th Masters title on Sunday, being currently tied on 35 with Rafael Nadal who fell in the quarter-finals. The 33-year-old next plays either Argentine eighth-seed Diego Schwartzman or Canadian Denis Shapovalov, the 12th seed.

Schrwartzman shocked nine-time Rome winner Nadal, the two-time defending champion on Saturday, in the tune-up event ahead of the French Open in Roland Garros.

Djokovic was pushed in his first meeting with 34th-ranked Ruud, but knew how to tighten his game at key moments of an intense match, to the delight of the fans.

For the first time on Sunday a maximum of 1,000 people were authorised in the stands at Foro Italico.