Garbine Muguruza officially became world number one for the first time on Monday. 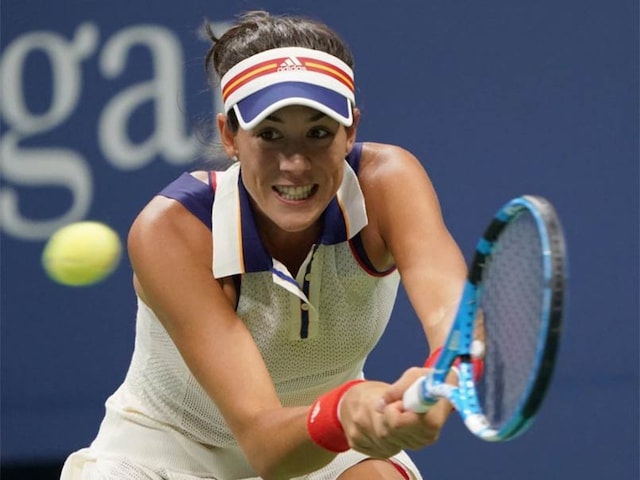 Garbine Muguruza takes over from Karolina Pliskova at the top of the rankings.© AFP

Garbine Muguruza officially became world number one for the first time on Monday, as Sloane Stephens soared back into the top 20 after her surprise US Open triumph. Wimbledon champion Muguruza takes over from Karolina Pliskova at the top of the rankings, after the Czech's quarter-final defeat in New York by Coco Vandeweghe. Stephens, who was ranked 957th six weeks ago after a long injury absence, jumps 66 places to world number 17 after winning 15 of her last 17 matches, including the 6-3, 6-0 thrashing of fellow American Madison Keys in Saturday's US Open final.

Keys is up four spots to number 12 after reaching a maiden Grand Slam final.

Seven-time major champion Venus Williams, 37, has returned to the top five for the first time since January 2011, while her sister Serena, who gave birth to her first child during the US Open, drops out of the top 20 for the first time in six years.

Maria Sharapova, who reached the fourth round in her first Grand Slam appearance after serving a doping ban, is closing back in on the top 100.

Germany's Angelique Kerber, who started the year as the world number one, slipped eight places to 14th after seeing her US Open title defence ended in the first round by Naomi Osaka.

Comments
Topics mentioned in this article
Garbine Muguruza Sloane Stephens Tennis
Get the latest Cricket news, check out the India cricket schedule, Cricket live score . Like us on Facebook or follow us on Twitter for more sports updates. You can also download the NDTV Cricket app for Android or iOS.