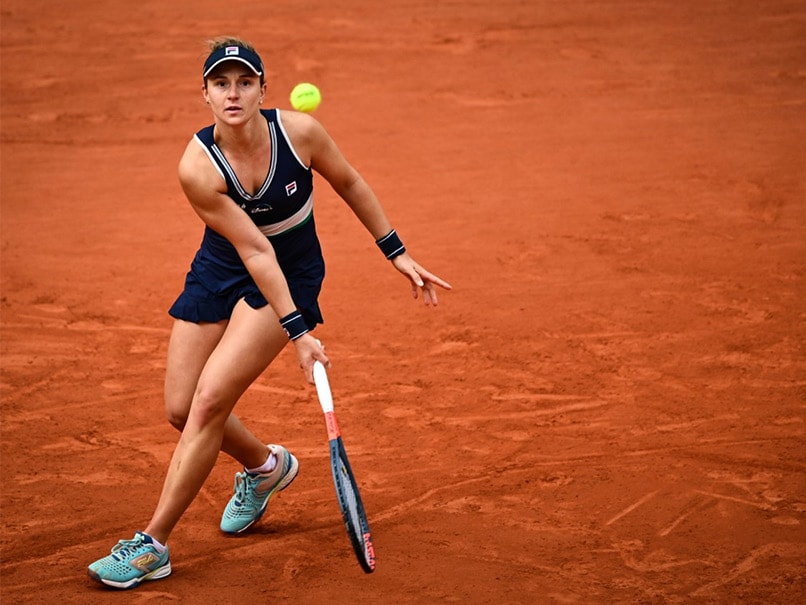 Argentina's Nadia Podoroska became the first qualifier in the Open era on Tuesday to reach the women's semi-finals at Roland Garros after stunning third seed Elina Svitolina 6-2, 6-4. World number 131 Podoroska had never won a Grand Slam main draw match before the tournament and is the first Argentine woman to reach the last four of a major since Paola Suarez in Paris in 2004. The 23-year-old Podoroska will play Polish teenager Iga Swiatek or Italian qualifier Martina Trevisan for a place in Saturday's final.

"It's a little bit difficult for me to speak now after the match," said Podoroska, whose only other Grand Slam appearance came at the 2016 US Open.

"We did a very good job with my coaches during the (coronavirus) quarantine. I've been training a lot with all of my team I think that's why I'm here today."

It was the first time Podoroska had even faced a player inside the top 20, having started the year ranked a lowly 255.

Svitolina suffered a third quarter-final defeat in as many attempts at Roland Garros, having also lost at this stage in 2015 and 2017.

Podoroska is also the first Argentine woman to reach the last four of a Slam since Paola Suarez in Paris in 2004. Gabriela Sabatini, the 1990 US Open winner, is the country's only women's Grand Slam singles champion.

For Svitolina, it marked a third quarter-final defeat in as many attempts at Roland Garros, having also lost at this stage in 2015 and 2017.

The Ukrainian hit just eight winners -- the same number of times she dropped serve -- as she slumped to her worst defeat at a major in terms of her opponent's ranking.

"I had the opportunity but it didn't happen, and right now it's for sure upsetting, but in the end life continues," said Svitolina.

"I think there was many things that let me down today."

Danielle Collins will face Australian Open champion Sofia Kenin in the quarter-finals after a 6-4, 4-6, 6-4 win over Tunisian 30th seed Ons Jabeur, in a match rescheduled from Monday due to rain.

World number 57 Collins, a semi-finalist in Melbourne last year, is through to the last eight at a major for the second time.

Collins became the fifth unseeded player in the quarter-finals of the women's draw, the most since Grand Slam tournaments were expanded to 32 seeds in 2001.

"I kind of felt like I was in the driver's seat up until 6-4, 3-0, but she's tricky," said Collins, who dropped five straight games as Jabeur fought back in the second set.

"I lost my way there a little bit. I just needed to try and stay positive."

Collins, 26, was a two-time national singles champion at the University of Virginia and turned professional after graduating in 2016 with a degree in media studies.

She lost in the first round of last month's US Open but has since teamed up with former top 10 player and clay specialist Nicolas Almagro, a three-time quarter-finalist in Paris.

"It's a really special treat for me to be able to work with him," said Collins, who beat Kenin in straight sets at Adelaide in January.

Later on Tuesday, the 19-year-old Swiatek will look to follow up her remarkable victory over top seed and 2018 champion Simona Halep when she takes on Trevisan, a qualifier ranked 159.

Like Podoroska, Trevisan had lost in the first round at her only other Grand Slam, swept aside by Kenin at this year's Australian Open.

Trevisan notched her biggest win to date in the last round here by defeating fifth seed Kiki Bertens.

Comments
Topics mentioned in this article
Elina Svitolina Tennis
Get the latest updates on ICC Women's Cricket World Cup 2022 and IPL 2022, check out the Schedule , Live Score and IPL Points Table. Like us on Facebook or follow us on Twitter for more sports updates. You can also download the NDTV Cricket app for Android or iOS.