French Open: Novak Djokovic defeated Ricardas Berankis to keep his bid intact to be the first man in more than half a century to win all four majors on multiple occasions. 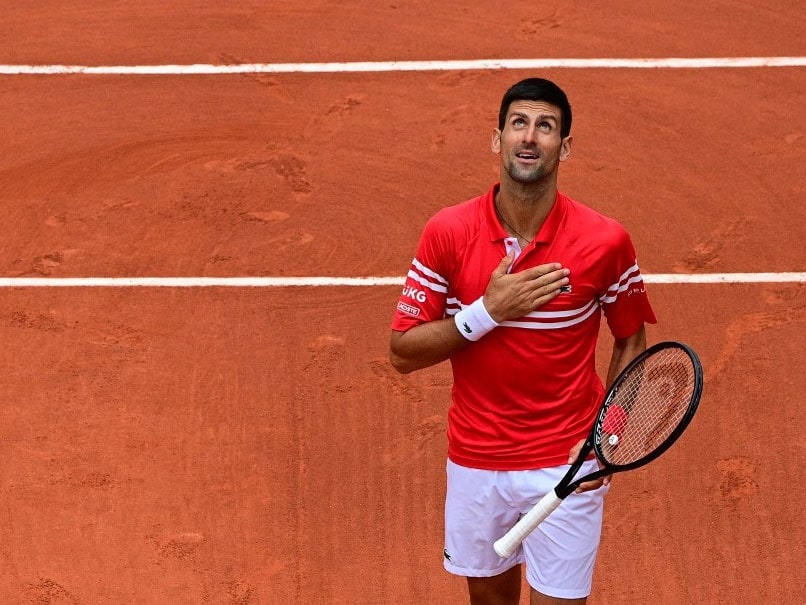 Novak Djokovic moved effortlessly into the French Open fourth round for the 12th successive year on Saturday, setting up an intriguing duel against Italian teenager Lorenzo Musetti as Elina Svitolina crashed out, leaving just three of the women's top 10 seeds in the tournament. World number one Djokovic, the champion in Paris in 2016 and chasing a 19th Grand Slam title, brushed aside 93rd-ranked Ricardas Berankis of Lithuania 6-1, 6-4, 6-1. "If you look at it, it may seem like an easy win but that's not the case," said Djokovic.

"The conditions were different, the bounce was lower so you have to adapt but that's part of the job."

Djokovic is bidding to be the first man in more than half a century to win all four majors on multiple occasions.

He becomes just the sixth man since 2000 to make the fourth round of a Slam on debut.

"I have practised with Novak so I know a little bit about his game. There will be more tension, but it's what I have been working for since childhood," said Musetti. "Now it's reality."

The 25-year-old Norrie, ranked 40, is enjoying a breakout season on clay, reaching the finals in Estoril and Lyon.

He has played Nadal twice already this season, losing at the Australian Open and Barcelona on clay where the Spaniard won in straight sets for the loss of just five games.

"I've learned that he's actually a human being," said Norrie.

Roger Federer, locked on 20 majors with Nadal, is aiming to reach the round of 16 at a Grand Slam for the 68th time.

The 39-year-old Swiss, who won his only French Open title in 2009, tackles Germany's 59th-ranked Dominik Koepfer in the evening session.

Barbora Krejcikova of the Czech Republic reached the last 16 for the second successive year with a 6-3, 6-2 victory over three-time quarter-finalist Svitolina.

World number 33 Krejcikova goes on to face former US Open champion Sloane Stephens for a place in the quarter-finals.

"I am super happy, most of my shots were amazing," said the Czech who is on an eight-match winning streak after capturing a maiden singles title in Strasbourg last week.

"Obviously one of my favourite tournaments of the year, so peaking here has always been really important," said Stephens after making the last 16 for the seventh time.

The top three seeds, Ashleigh Barty, Naomi Osaka and Aryna Sabalenka all failed to get beyond the third round.

In all, only four of the top 10 made the third round, the fewest in 20 years.

Eighth seed and defending champion Iga Swiatek has made the third round for the loss of just seven games.

On Saturday, she takes on Estonia's 30th-seeded Anett Kontaveit.

Coco Gauff, seeded 24, faces 13th-seeded Jennifer Brady who was a shock finalist at the Australian Open this year.

Seventeen-year-old Gauff is the youngest player in the last 32 since 16-year-old Michelle Larcher de Brito in 2009.

Novak Djokovic Elina Svitolina Coco Gauff
Get the latest updates on SA vs IND 2021-22, check out the Schedule and Live Score . Like us on Facebook or follow us on Twitter for more sports updates. You can also download the NDTV Cricket app for Android or iOS.