Former French Open finalist Sara Errani has failed a doping test for a hormone that can hide the presence of the male hormone testosterone, two Italian newspapers reported on Monday. 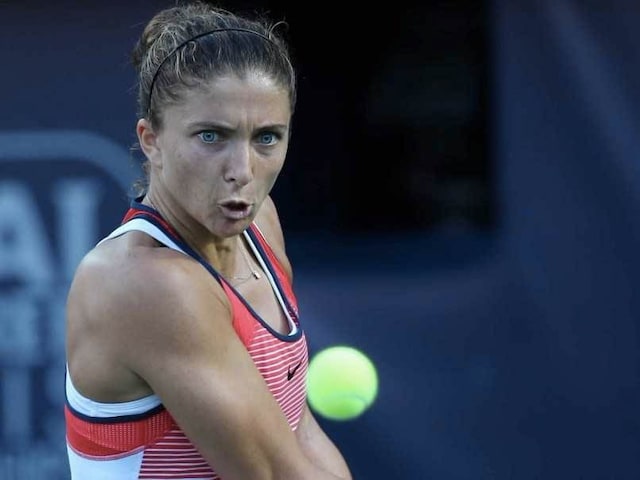 Former French Open finalist Sara Errani has failed a doping test for a hormone that can hide the presence of the male hormone testosterone, two Italian newspapers reported on Monday. Traces of anastrozole, used in the treatment of breast cancer but also a masking agent, were found in the urine of the 30-year-old former world number five during a doping control carried out by the International Tennis Federation, the Gazzetta dello Sport and the Corriere della Sera said.

The tests were carried out in February at her home, the reports said.

Errani was the beaten finalist at Roland Garros in 2012 and reached her highest ever world ranking of five the following year, a meteoric rise for a player who had only just broken into the world top 100.

According to the reports Errani, now 98th in the world, was due to play in Canada but has returned to Italy to defend herself ahead of a public announcement expected by the ITF.

Italian rower Niccolo Mornati, a four-time medallist at the world championships, tested positive in 2016 for the same substance.

(This story has not been edited by NDTV staff and is auto-generated from a syndicated feed.)
Comments
Topics mentioned in this article
Sara Errani Tennis
Get the latest Cricket news, check out the India cricket schedule, Cricket live score . Like us on Facebook or follow us on Twitter for more sports updates. You can also download the NDTV Cricket app for Android or iOS.