Simona Halep is still waiting for a maiden Grand Slam title after three previous final defeats, while Sloane Stephens is the reigning US Open champion. 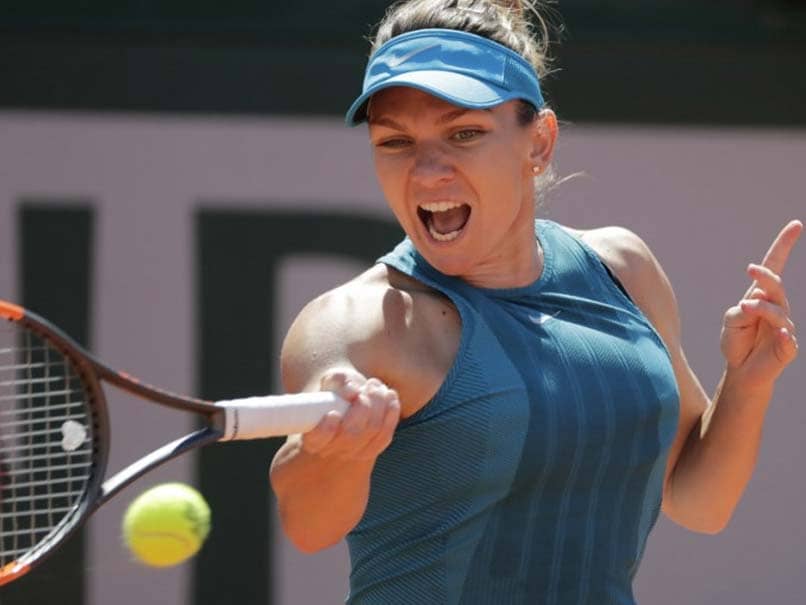 Top seed Simona Halep insisted that she "doesn't feel pressure" ahead of her third French Open final on Saturday, where she will face American Sloane Stephens. The Romanian is still waiting for a maiden Grand Slam title after three previous final defeats, while 10th seed Stephens is the reigning US Open champion. Halep has been in fine form so far at Roland Garros and eased past former winner Garbine Muguruza 6-1, 6-4 in the last four -- a victory which also ensured she will remain the world number one at the end of the tournament.

The 26-year-old has twice lost in the Roland Garros final.

She fought back from a set down against Maria Sharapova in 2014 only to lose a tight decider, before seeing a set and 3-0 lead disappear in a barrage of Jelena Ostapenko winners last year.

"I feel that it's a big challenge for me. It's a big chance to win my dream tournament," added Halep, who took time out from preparing for the final by watching Rafael Nadal's men's semi-final against Juan Martin del Potro on Friday.

"But this doesn't mean it's going to happen or something like that. I have just to play like I did yesterday (against Muguruza).

"So we will see what is going to happen tomorrow, but I just want to be smiling on court."

Halep's previous French Open final losses came against powerful ball-strikers in Sharapova and Ostapenko, but Stephens's game is more defensive and the Romanian leads 5-2 in their head-to-head record.

But Halep doesn't want to focus on that, even though it must give her added confidence.

"I don't want to think about that because, as I said many times, it's a different match, different situation. Both of us will be ready to give everything we have," she said.

"But I believe in my chance. I believe that I have the game to win the match."

Halep has won her last four matches against Stephens and both of their meetings on clay, including in the 2014 French Open fourth round, while the two have never played a three-set encounter.

But the American 10th seed has never lost a WTA final, with her triumph in the Miami Open in March her sixth win from six.

"I think I'm pretty calm on the court all the time, I'd say. I don't get too up, too down," said Stephens.

"I think that it has helped me in finals, but, yeah, it's not something I really focus on. I just try to stay calm and play my game."

Halep is bidding to become only the second Romanian woman to win a Grand Slam after 1978 French Open champion Virginia Ruzici, who is now Halep's manager and had a special ceremony on Court Philippe Chatrier earlier this week to commemorate her victory 40 years ago.

But Stephens has had a steely determination about her since fighting back from injury and a ranking of 957 less than a year ago, and will have nothing to lose.

"Yeah, just another good opportunity," she said. "Just going to take it in (my) stride and just enjoy it and go out and compete."

Comments
Topics mentioned in this article
Simona Halep Sloane Stephens Tennis
Get the latest updates on IPL 2020, check out the IPL Schedule for 2020 and Indian Premier League (IPL) Cricket live score . Like us on Facebook or follow us on Twitter for more sports updates. You can also download the NDTV Cricket app for Android or iOS.